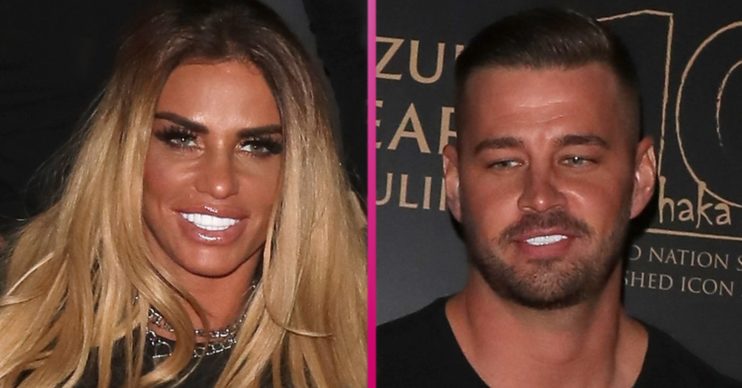 She wants as many as her body can handle!

Katie Price says she’d love to have many kids with her new boyfriend Carl Woods.

Already a mum-of-five, she says she hopes she can have lots more with Carl.

Taking to an Instagram Q&A she admitted that she’s not yet pregnant.

She answered a fan’s question about whether she was expecting with: “I wish I was.”

Then after asked how many children she’d like with Carl – she said as many as she physically can.

Katie wrote: “As many as my body can take. To have all these little Woods running around are amazing little creations.”

And when Carl was asked if he’d like his future children to be Katie’s he replied “yes”.

Finally they wrote that their future goals together were: “married, kids, house”.

Carl and Katie are believed to be living between their respective homes.

Are Katie and Carl married?

And over the weekend Katie shared clips of Carl at her rented Surrey home with her children.

The pair were reportedly set up on a date around four months ago.

They claim it was love at first sight, and have been a solid couple ever since.

Katie said to OK! magazine that she believes she has finally met the one.

The three times married and divorced star told the mag: “I’ve never wanted to show off my love for anybody as much as I do with him.

The pair have also heavily hinted about marriage and babies on their YouTube channels.

Katie has her own channel, and they have a joint one too.

They showed off a wedding themed Yankee candle and several times ovulation kits have made appearances.

Katie’s daughter Princess, 13, initially mistook it for a pregnancy test.

But Carl was forced to explain what it is being used for.

He said: “What? Let’s have a look at that. That’s interesting, where did you you find that?

“These aren’t pregnancy tests. They’re ovulation kits. It means that you could have a brother or sister if it’s a smiley face.”