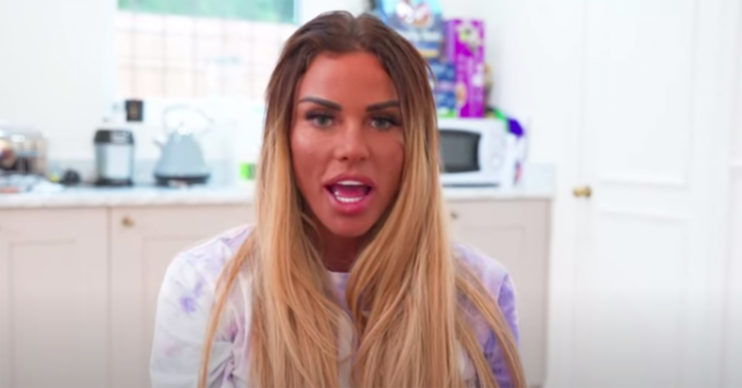 Does that mean no more surgery for Katie?

Katie Price has revealed to her Instagram followers that she has had plastic surgery again.

The model and businesswoman, 42, said the surgery was to correct her “deformed” boobs and she now has her “dream body”.

Taking to her Instagram Stories, Katie said that her fans were in for a treat.

“I just thought I’d give you some info, some secret info, what will be coming out on my YouTube soon,” she began.

“Last year I had my boobs done abroad and basically one of my boobs looked deformed so yet again I went back to the B Clinic, Dr Plovier.”

“And don’t know why I went anywhere else when he’s done an amazing job before on my boobs and he’s the one who looked after me during my Big Brother stint so he’s rectified it and my boobs look absolutely amazing now.”

What else did Katie Price say?

She continued her message by recommending Dr Plovier’s services if anyone wants to “get their boobs done”.

“I hope you look forward to seeing my drama again – that ends with a happy ending.”

Katie also added a caption to the video.

I will have a body of my dreams finally!

She continued: “I went back to @beclinic_brussels who I originally go to for surgery and thank god in the recent months he redid my boobs and they are the best EVER!

“I will have a body of my dreams finally!”

Why else has Katie Price had to have surgery this year?

Katie has been through more surgery this year thanks to a freak accident while on holiday in Turkey.

As a result of the accident, Katie broke both of her feet.

After reconstructive surgery, she’s been told that she must stay in her wheelchair for another six months.

A source told The Sun: “This has been the most amazing news ever for Katie – but she’s nervous too, as the thought of being able to stand on her feet again is mind-boggling.

“She says she’s forgotten what it feels like, as her feet are literally held together with metal pins.”