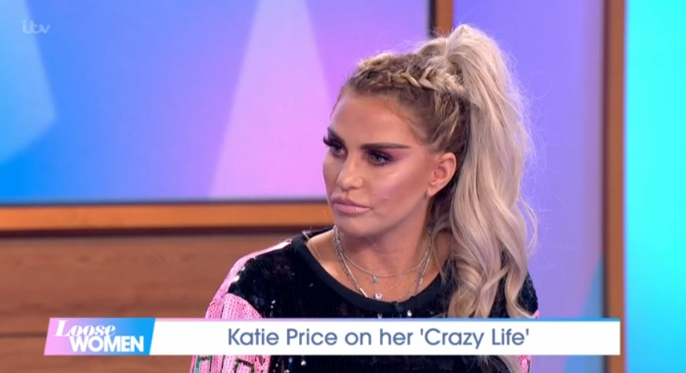 Katie Price has slammed reports about her, ex-husband Peter Andre and his wife Emily.

Appearing on today’s Loose Women, the mum-of-five insisted she’s on good terms with Peter and Emily and often speaks to her more than Pete.

She said: “I’m talking to Pete… well sort of a bit more. I talk to Emily more but things are actually going well.

“Magazines stop playing us off each other because it’s not nice and the kids read it.

“Just let us get on with it and be done with it. It’s in the past.”

Meanwhile, Katie announced that she and Kris Boyson are engaged.

Showing off her huge diamond ring, Katie said: “Kris bought the ring for that finger, so there you go, I’ve got luck in my life.”

Katie also told the panel that she still wants more kids at 41.

Speaking about her fertility levels, Katie continued: “I’m in the last two brackets that I can have kids now. From 35 to 38 your level is quite high.

“As soon as you hit 40 it’s completely lower and 40 to 45 lower. I asked about freezing my eggs and he didn’t even recommend that either.