Katie Price has opened up about the moment she thought her son Harvey would die, after he suffered horrific burns while unsupervised.

Harvey had stepped in to a bath fully clothed and turned on the hot tap, which burnt his leg.

The Loose Women panel were discussing “When have you been a super mum?” when the topic came up.

The former glamour girl said: “I actually surprised myself once. 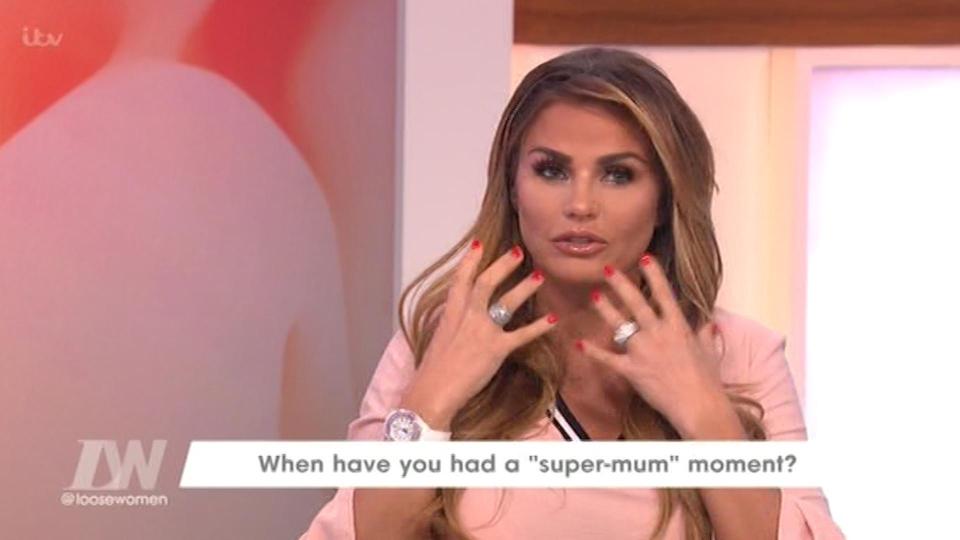 “It was New Year ’s Eve two hours before my party, it was when I was with Pete.”

She continued: “I had just been riding my horse and I could hear Harvey crying.

“You see he was with obsessed with water.

“He had made it to my bathroom , turned on the hot tap and burned his leg very badly.

“He was screaming in pain.

“He was on the bed with his clothes on and I took his trousers off, which I know now not to do.”

“There was skin and blood everywhere, and he kept gouging at his wounds.

“He can also die from stress, he has to have an emergency injection.” 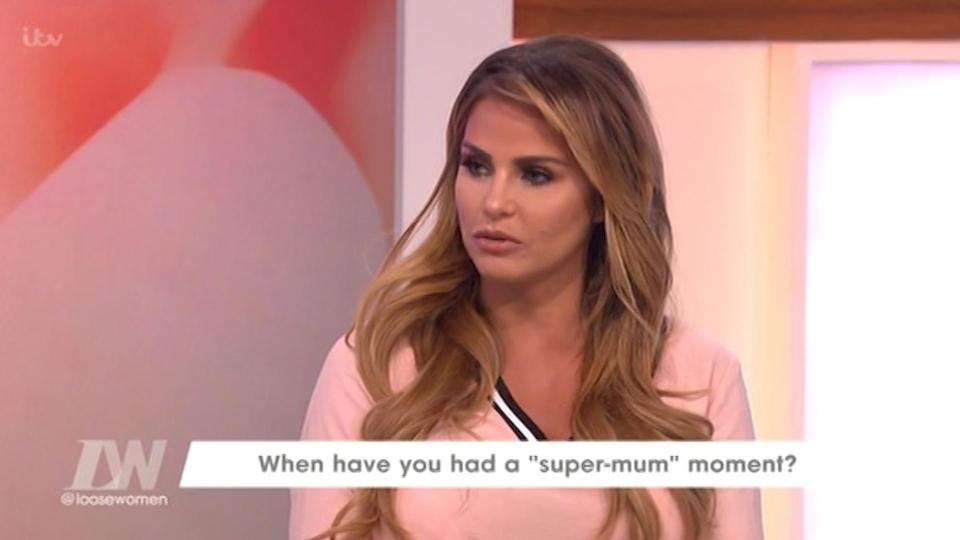 She then said her “supermum” instincts came in as she stayed calm throughout the incident.

The first thing I did was call the ambulance but I made sure I was calm and collected – if I wasn’t then it would have been awful.

“I could hear him screaming, but at the same time I knew I had to get info over calmly so the ambulance knew what had happened, and that really helped.”

However, many would argue she’s far from a supermum as she was actually reported for neglect shortly after Harvey’s injuries.

She previously revealed on Loose Women that she was banned from taking her son home after his three month stay in hospital.

Katie admitted: “Someone at the first hospital reported me, saying that was neglect or I must have done it on purpose.

“I didn’t know at that point, and when he was moved to a London hospital, when I was going to discharge him they wouldn’t let me, saying ‘I’m really sorry but you can’t take him home’.

“I said ‘what do you mean?’ And they said ‘you’ve been reported and social services have to clear it’.

“So then I had the police come to my house, I had to show them the bath, I mean it’s really embarrassing. You could see the police were embarrassed.

“In a way, it’s good they followed it up, but they could see it wasn’t neglect, and then they let us take him home.”