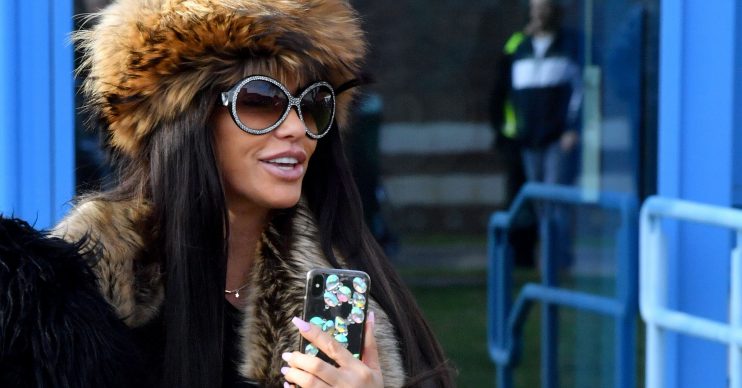 Plus, Katie got a protection dog to watch over the family

Mum of five, Katie Price admitted in a recent radio interview that her daughter Princess is receiving weekly therapy.

Speaking to Flex FM on Thursday, Katie revealed her 12-year-old little girl has been receiving therapy ever since their terrifying car-jacking incident in South Africa.

Last March, Katie feared for the lives of Princess and son Junior, 14, when they were ambushed by a gang of thugs.

Along with their film crew and other tourists, they were driving to Swaziland in two people carriers when they were surrounded by the group who knocked Katie’s driver unconscious.

“It was shocking, I was with the kids,” Katie said, recalling the incident.

“So I thought, ‘What am I going to do about this?’ So I got a protection dog to protect us all and now she’ll even be in the house on her own if I want to pop to the shop with this dog.”

Despite this, Katie, 39, was criticised for sharing snaps of her pooch – which is rumoured to have cost a four figure sum – on Instagram just months after almost becoming bankrupt.

In her defence, the reality TV star said: “It will react if I say that right commands, which hopefully I won’t ever have to use.”

Katie now has plans to collaborate with Princess on her latest album. She admitted her next step will be to work on tracks with Princess claiming that they could make ‘amazing’ harmonies together.

She said: “[Princess] is actually a really good singer, and [her brother] Junior. They both are.”

Although, she does fear Princess’ dad Peter Andre will put a stop to it.

While not directly mentioning her ex-husband, Katie joked about the real reason Peter would stop her collaborating with her eldest daughter. “Probably they won’t let me as they’ll want to first,” she laughed.

Katie has previously spoken about Peter blocking her children’s appearances in the limelight.

Despite this, Katie has revealed that Princess’s voice can be heard alongside hers on the chorus of her new track Hurricane.