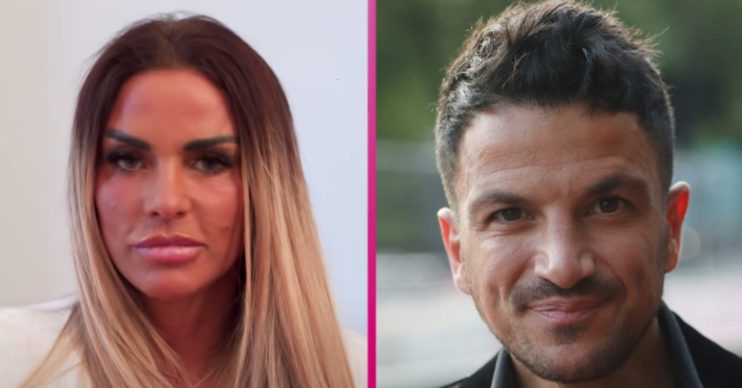 Katie Price has praised Peter Andre for his support during son Harvey’s hospitalisation.

Harvey, 18, is still recuperating after being taken into intensive care with breathing problems.

It’s reported he is now “on the road to recovery” after spending a week in hospital.

And his mum, 42, is grateful to her former husband for being there when her family needed it.

She told new! magazine: “Over the years we’ve had our ups and downs, but Pete has been really supportive about it.”

Katie continued: “He’s asked to go to the hospital. He can’t do it without me, so he’ll come and visit Harvey with me. How’s that for an amazing improvement?

I see his feelings as being really genuine.

“Regardless of our ups and downs, the fact that he’s stepped it up – I see his feelings as being really genuine.”

Peter also made clear his concern for Harvey on social media at the time he went into hospital by sharing an image of praying hands.

Reality favourite Katie has also opened up about how distressing it was to see her son being rushed away.

The mum-of-five explained Harvey shouted “I want my mummy” as doctors took him into intensive care.

She also addressed that how due to coronavirus restrictions she wasn’t able to be in his hospital room with him.

Hey Harvey in his own words ❤️❤️❤️❤️

Harvey Price on the mend?

However, it seems that Harvey’s condition may now be improving.

Katie revealed yesterday (Monday, July 20) that he is “bantering” with the doctors and nurses who have been looking after him.

And his appearance in her recent social media posts also suggest he is on the mend.

Harvey has also been recently visited by sister Bunny, five, who sang for her big brother.

Their brother Jett, six, also turned up, jumping like a frog as his sister performed.

“Too cute,” Katie captioned the clip.

Nonetheless, it seems Harvey may not be leaving hospital quite just yet.