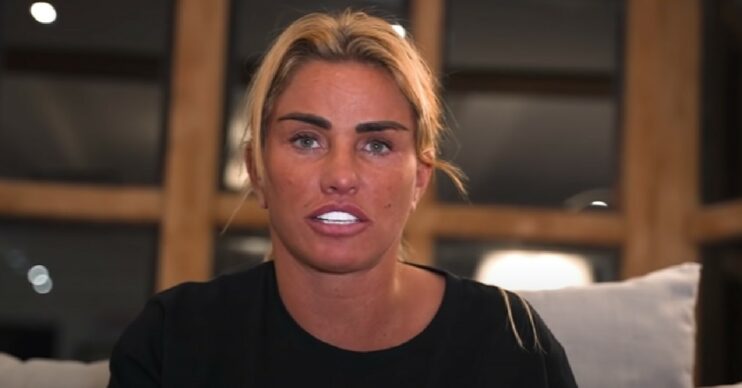 Katie appeared in court on Wednesday

Katie Price appeared in court today as she pleaded not guilty to allegedly breaching a restraining order.

She appeared at Crawley Magistrates’ Court on Wednesday to deliver her plea.

Katie pleaded not guilty to the charge of harassment in breach of a restraining order.

The court heard that Katie allegedly sent an abusive text to her ex-husband, describing his fiancée Michelle as a “gutter [bleep]”.

Michelle had a restraining order put in place against Katie in 2019 after an alleged confrontation in a school playground in 2018.

The order bans her from contacting Michelle ‘directly or indirectly’.

In January of this year, police released Katie after questioning her for allegedly breaching the restraining order.

In addition, the court agreed that the case will now be heard at the Crown Court on May 25.

During the hearing, the judge issued a warning to Katie.

The judge told her: “You are in very grave danger of going to prison.”

In addition, the judge said: “I really hope I don’t see you here again.”

Meanwhile, Katie has been freed on bail on the condition she does not contact Kieran or Michelle ahead of the hearing on May 25.

In September 2021, Katie crashed her car and police arrested and charged her with drink-driving.

She later entered rehab facility, The Priory, to get treatment.

However, then in December 2021, Katie appeared in court and was handed a 16-week suspended sentence.

What do you think of this story. Leave us a comment on our Facebook page @EntertainmentDailyFix and let us know.