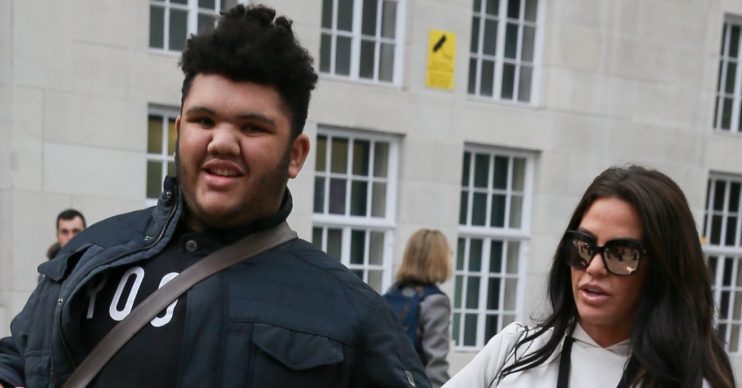 He hasn't seen him since he was four…

Harvey reaches the milestone birthday in May and mum-of-five Katie has plans to “ambush” the former footballer at his home.

She is said to be planning to turn up on his doorstep unannounced – and she’s taking Harvey, who is disabled, with her.

Katie and Dwight split before Harvey was born but Katie seems determined to reunite the pair on Harvey’s birthday.

Read more: Piers Morgan’s son rushed to hospital – but no one’s looking at his injury!

Harvey was recently seen telling “Daddy Dwight” that he loved him in an Instagram video.

He has seen his son just a handful of times since he was born.

She knows where he lives, so if she has to drive up to his house and ambush him there, she will.

Now a source has told The Sun that Katie knows where Dwight lives and she’s going to visit.

“Katie’s telling friends she wants Dwight to see his son on his 18th – she knows where he lives, so if she has to drive up to his house and ambush him there, she will,” a source said.

They added: “She’d much rather he was guest of honour at Harvey’s birthday party and they could be civil about it.”

Katie is thought to be planning to share Harvey’s milestone birthday celebrations with viewers of her Quest Red TV show My Crazy Life.

Sadly this isn’t the first time Katie has tried to reunite Harvey with his biological father.

Speaking on her YouTube channel last year, Katie said: “What I would like to do is turn up to his dad’s place – Dwight Yorke’s – ring on the doorbell and be there with Harvey, for him to see Harvey.”

She added: “That’s what I would like to do and I will do that. I think Dwight should start entering Harvey’s life, it’s been years.”

Harvey was four the last time his father saw him, with Katie claiming that Dwight never wanted to be part of their son’s life.

Earlier this week, we reported that Katie was hoping to have a fling with Mel B to hit the headlines and rile her ex Peter Andre.