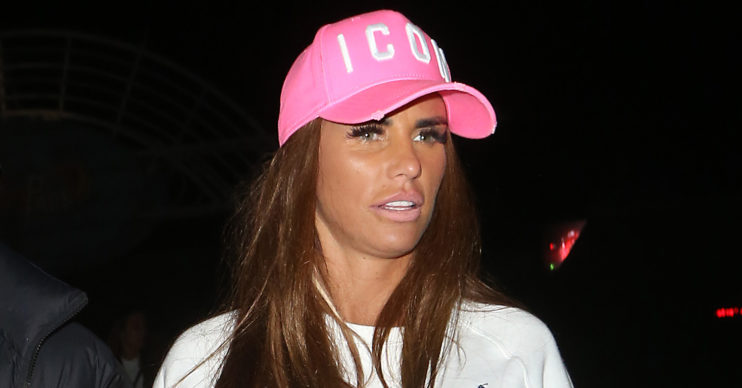 Katie Price wants to celebrate her 42nd birthday in style.

Despite being in lockdown with her son Harvey, she still wants a memorable celebration.

According to The Sun, Katie has been sober for three months.

Now wanting to kick off some steam she reportedly aims to celebrate with cocktails.

The mum-of-five plans to live stream her celebrations via social media.

She will address and thank her family, friends and fans as she knocks back some well-deserved concoctions.

“This is the new normal”

A source told the paper: “She plans to address her family, friends and supporters in a birthday speech and ask them to all raise a toast to everyone in the world who are united in this pandemic.”

And Katie confirmed: “Life is so precious and with my birthday around the corner I want everyone to make a toast to all and those we love. This is the new normal I guess.”

The businesswoman has been linked to drug and drink abuse over the last few years.

She was found guilty of drunk-driving last year, and her licence was suspended for three years.

However, The Sun confirmed that Katie has been sober for the last twelve weeks.

She reportedly passed each of her sobriety and drug tests.

The tests are part of her ongoing recovery plan, after checking herself into The Priory in January.

“I have been a mess”

On her reality show, My Crazy Life, she admitted to “going off the rails”.

Read more: Lucy Fallon admits to having ‘no work’ since quitting Corrie

She told the cameras: “I’ve been slowly going off the rails for just over ten years at times I have been a mess.

“Four weeks in hospital and some intensive therapy that will continue for the rest of my life. I’ve been to hell and back. But I am starting to feel like me again.”

On BBC’s The Victoria Derbyshire Show she opened up about her cocaine use.

She told the broadcaster back in February: “Last year, it was an awful year. I found out my mum was terminally ill, then that my husband at the time was cheating on me again.

“My horse died in front of my house. In South Africa I was held at gun point with my children Junior and Princess.

“Then [Harvey] had a kidnap threat again. And then I was divorcing my husband.

“I was self medicating on a drug, cocaine, I’m not proud of it.

“I’ve never been up that track before, I went to the doctor and it was the hardest thing ever to say ‘I need help, I’m at breaking point’.”

What do you think of Katie’s plans? Share your thoughts with us on our Facebook page @EntertainmentDailyFix.