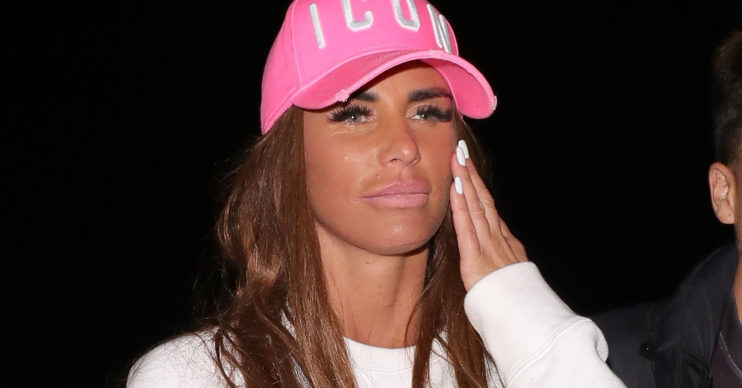 What a lovely gesture!

The mother-of-five shares her son Junior and her daughter Princess with the singer, and the pair have managed to maintain a healthy parenting relationship in recent years.

In a sweet post, she called the singer “such a great dad” to their children.

“Between us both we have amazing children and credit to you to for being such a great dad to Junior and Princess.”

Katie’s followers couldn’t get over how adorable her post was, with one responding: “This is such a lovely gesture!”

A second added: “Amazing lady! Such beautiful children and Peter is a wonderful dad”.

Princess and her brother Junior live with their dad, 47-year-old Peter Andre, his wife Emily, and their two children Amelia and Theo.

However, Katie only lives 10 minutes away.

The reality star is reportedly planning on getting Princess a puppy for her upcoming 13th birthday.

Pete can’t get one as his wife is allergic, but Katie doesn’t have the same problem and has apparently already picked out the perfect little pup.

As reported by The Sun, a source said: “The dog is arriving at Katie’s house next week…

“Katie knows Princess has missed having a puppy around and now Katie’s only got one dog, she thinks it’ll be a good companion for Blade.

“Princess will pick the name, but she’ll have to stay with Katie when Princess goes back to her dad’s, as Emily is allergic to dogs.”

Meanwhile, writing in his column in new! magazine, Pete confessed his disappointment about not being able to get his daughter a puppy.

The star wrote: “It’s… Princess’s birthday at the end of the month and she said she wants a puppy.

“It’s every dad’s dream to get their daughter a puppy for their 13th birthday but Emily is so allergic to dogs I don’t think it’s going to be possible.