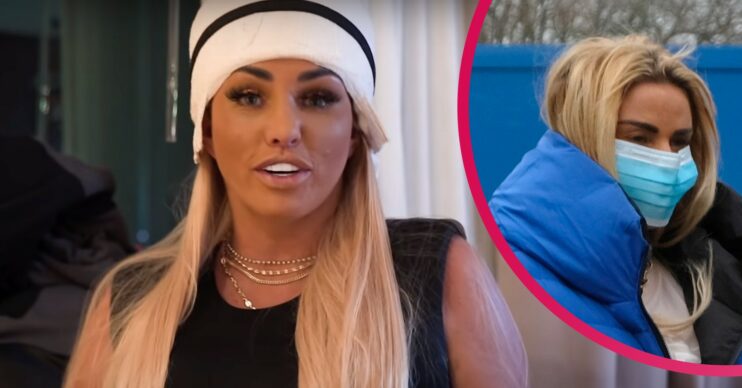 The news, as you can imagine, hasn't gone down well online

Twitter users were in uproar following news that Katie Price had avoided prison for the second time in as many months.

43-year-old Katie could have faced prison time for allegedly failing to pay off her debts.

However, a last-minute agreement was struck to reduce the model’s debts.

What is the latest news with Katie Price?

Less than two months after narrowly avoiding prison back in December for a drink-driving smash, Katie was due in court on Monday (February 14).

The 43-year-old was going to appear at London’s High Court. The judge was reportedly expecting an explanation regarding Katie’s attempts to clear a reported £3.2 million in debts that she owes creditors.

The mum-of-five, who at one point is believed to have been worth around £40m, declared bankruptcy in November 2019.

According to The Sun, Katie managed to avoid another appearance in court by agreeing to a last-minute deal. The star was handed a new payment plan too.

It is believed that Katie was meant to pay creditors £12,000 per month before she fell behind.

“It was all very last minute but she wanted to avoid court. Katie does want to pay back the money but it’s been slow progress,” a source told The Sun.

The reaction to the latest Katie Price news

The reaction to the news has, as expected, been overwhelmingly negative. Hundreds of people have headed to Twitter to slam the star.

Many are furious that she has managed to avoid prison again, just weeks after avoiding it for her drink-driving crash.

“How does she get away with it. Recently spends thousands on plastic surgery then does this again and again and again. The law is a farce,” one user ranted.

“How on earth has #KatiePrice avoided #jail for a second time. There is something drastically wrong with our judicial system. Like it or not she is a role model to some,” another said.

“Katie Price wouldn’t be given all these chances to avoid jail/paying her creditors if she weren’t rich and famous,” a third said.

Second time avoiding jail in as many months

It was only eight weeks ago that Katie avoided jail time for a drink-drive crash she had in September.

Katie, who had cocaine and vodka in her system at the time, flipped her car not far from her home in Horsham on September 28, 2021.

Katie pleaded guilty to drink-driving, driving whilst suspended, and driving without insurance in October.

In December she was sentenced to a 16-week suspended jail sentence, ordered to undertake 100 hours of unpaid community service and 20 sessions of rehabilitation work with probation.

Sussex Police were going to appeal against her sentencing, however soon learned that they couldn’t.

District judge Amanda Kelly told Katie that her actions were “incredibly selfish” at the time.

“You appear to think you are above the law,” she told the 43-year-old.