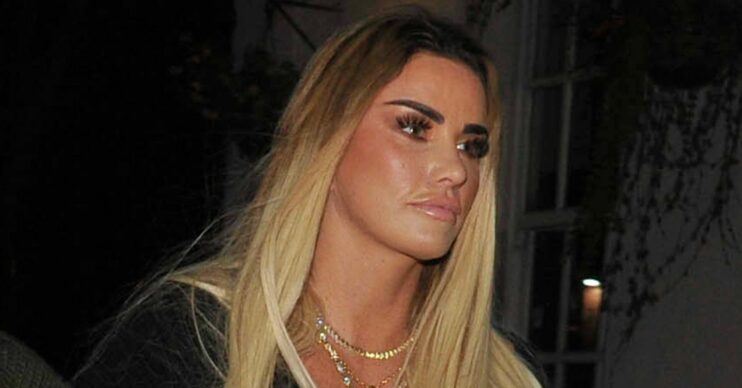 In latest Katie Price news, the star is reportedly rushing to marry Carl Woods following her stint in rehab.

The 43-year-old former glamour model recently left rehab centre The Priory, after checking herself into the facility last month.

Now, it’s reported that Katie has set her sights on marriage next as she recovers from her recent trauma.

According to The Sun, Katie is hoping to tie the knot before her looming court date.

The reality star is set to appear in court after her car accident in September.

Following the incident, she pleaded guilty to drink driving, driving whilst disqualified and driving without insurance.

Her sentencing was deferred until 15 December to allow her to have treatment.

However, a source told the publication: “She’s in a huge rush to get married before the court date – she was planning for a winter wedding anyway, but she’s determined to tie the knot as soon as possible.

“She’s told Carl she wants to be Mrs Woods as soon as possible so it’s full steam ahead on the wedding plans.”

Meanwhile, Katie has taken to social media to update fans on her recovery process.

The mum-of-five shared a snap of herself studying two books on Instagram last night (November 2).

The books were titled, Recovery from Complex PTSD, and DBT Skills Training: Handouts and Worksheets.

In the corner, she added the gif “currently reading”.

Earlier this week, Katie revealed that she has already returned to work following her rehab stint.

She announced the news with a photo of herself and terminally-ill mum Amy.

Katie captioned the shot: “Happy November! It’s a new month and I’m so happy to be back working and spending quality time with my mum and sister @sophie_pricey. My team!”

Furthermore, a source told The Sun: “Katie’s officially finished rehab and is now back at home. She’s completed the treatment and is ready to get back to work.”