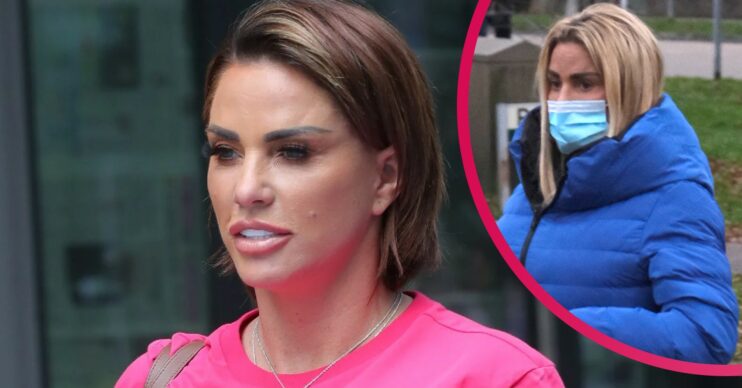 Could this be a huge setback for the reality star?

In latest Katie Price news, the police are looking to “explore” an appeal for her suspended sentence.

The former glamour model was handed a suspended jail sentence for her drive-drive crash in court yesterday (December 15).

But could her sentence be overturned?

According to Sussex Police and Surrey Police, an appeal could be on cards for Katie.

James Collis, head of roads policing for Sussex Police and Surrey Police, said: “Today’s sentencing, as the judge explained, could have and should have been much worse and, in our view, Price is extremely lucky not to be spending Christmas behind bars.

“Given the circumstances and her history of motoring offences, it’s clear she did not consider the risk of her actions to the wider public or the implications for her own family.

“We are now exploring whether we can appeal this sentence.”

It comes after Katie narrowly avoided jail time for a crash near her home in Surrey back in September.

At the time of the crash, the star had to be removed from her car.

She had consumed cocaine, vodka and lemonade before the crash.

Katie previously pleaded guilty to drink driving while disqualified and without insurance.

Meanwhile, in court yesterday, District Judge Kelly warned the mum-of-five over her actions.

She said: “When you chose to get behind the wheel that night you showed no concern for others.

“You could have killed somebody. Your actions meant the emergency services had to use up their precious time. You knowingly and deliberately flouted a court order and not for the first time.”

You must appeal, it undermines all the work you are doing, to get these people off our roads.

District Judge Kelly added: “You are extremely lucky the magistrates on the previous occasions chose to defer sentence.

“Rest assured, put one foot wrong in the coming weeks and months and you will go to prison.”

Since then, the public have urged for the police to look into an appeal.

On Twitter, one said: “Yes this should be appealed. Can’t see any reason why she was treated more favourably than anyone else? Might have been famous in your hay day, doesn’t mean you are above the law. Good luck if you appeal.”

A second added: “Shouldn’t be down to cops to have to appeal the sentence, but needs must. Should be a much longer disqualification – when will we ever see a life time ban?”

A third fumed: “You must appeal, it undermines all the work you are doing, to get these people off our roads.”