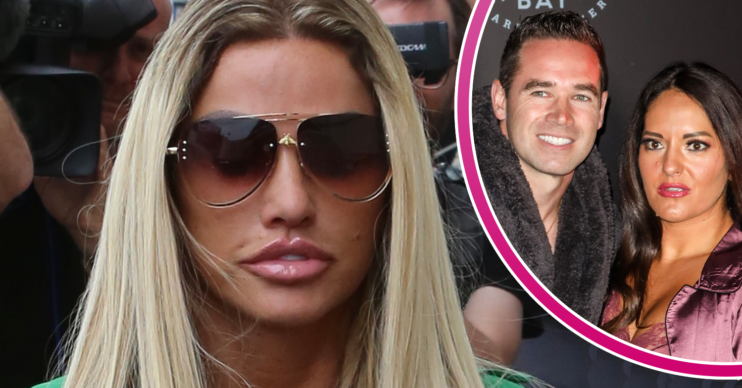 Michelle Penticost is 'scared' to go out and suffering from anxiety

Katie Price made news headlines last month when she escaped jail and was handed community service for breaking a restraining order against Michelle Penticost.

Michelle is, of course, the fiancée of Katie’s ex-husband Keiran Hayler.

Opening up about the ordeal, Michelle now claims she’s been left with crippling anxiety.

And she’s fearful over what “unpredictable” Katie could do next.

What happened with Katie Price and Michelle Penticost?

In 2019, Katie was given a five-year restraining order for allegedly hurling abuse at Michelle at the school gates.

Instead she was given community service.

And back in December of last year Katie received a suspended sentence for crashing her car near her home in Surrey.

This is Katie Price we’re talking about, so I’m not sure this will stop.

Speaking to The Sun, Michelle has now detailed the anxiety the ordeal has left her with.

Not only that, she claimed that she’s been forced to install CCTV out of worry that Katie will turn up unannounced at their home.

‘I’m not sure this will stop’

She said: “I’m a strong woman, I have two children, so we have to hopefully put this behind us. But this is Katie Price we’re talking about, so I’m not sure this will stop.

“I’d like to say she wouldn’t do anything because she’s just been to court – but she’s very unpredictable, so I’m not quite sure what she’d do.”

Michelle claimed that Katie now knows where she lives and for years she didn’t, “which was nice”.

And she alleges that the model turned up at the house wanting to speak to Michelle “just before COVID” when the restraining order was in place.

Michelle said she didn’t open the door and, as a result, now has CCTV “everywhere”.

Admitting that she thinks it sounds “stupid”, Michelle said she’s afraid to go out to the cars on the drive “if it’s dark”.

“I know this sounds stupid, but if it’s dark and I have to go to our cars on the drive, I won’t be doing that. I think she has got a lot of people that would do anything for her – I just feel like she can literally do anything,” she claimed.

Michelle added that she isn’t just worried about Katie, she’s also fearful of her big fan base.

As a result she said she doesn’t share pictures of herself and her family on days out until she’s home because “you don’t know who’s going to turn up”.

Last week Katie revealed that she was taking a break from social media for “personal reasons”.

It was later claimed that she had fallen “very ill” on holiday in Thailand with suspected food poisoning.