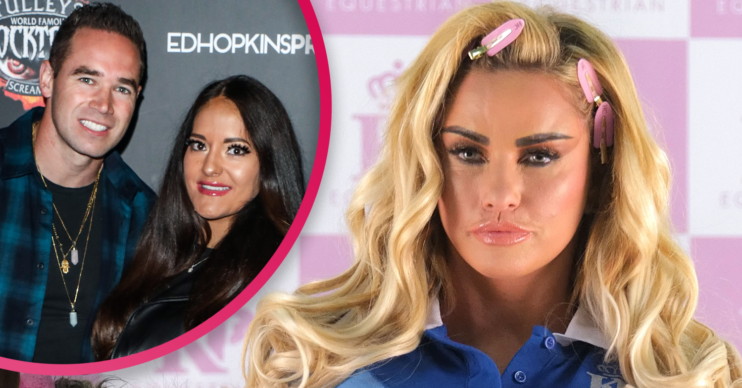 Katie Price news: Kieran Hayler ‘hopes justice will be served’ and has told kids Katie may be jailed

She faces five years at Her Majesty's pleasure

Amid news Katie Price is facing five years in jail, her ex-husband Kieran Hayler has reportedly told their young children their mum could be going to prison.

And, last week, it was revealed that the model mum-of-five faces jail on harassment charges.

Katie Price news: Why does she face jail?

The model has been charged with breaching a restraining order relating to Kieran’s fiancée Michelle Penticost.

As a result, she will appear in court next month over an alleged “foul-mouthed text” she sent to Michelle.

Katie was given the restraining order in 2019 following a bust-up with Michelle at the school gates.

It lasts five years and she was arrested in January 2022 over the alleged text.

The model reportedly spent 12 hours in a police cell.

Now those close to Kieran have said that he wants to see his ex locked up if she is convicted – especially after she dodged jail over her recent drink-driving offence.

What has Kieran told the kids about their mum?

Kieran and Michelle are both said to want to see “justice served”, a pal told The Sun.

And he has apparently been “honest” with Jett and Bunny about what could happen to their mum.

“Kieran thinks that if Katie has done something wrong, she needs to learn that actions have consequences.

Kieran has always been honest with the children because he wants them to understand right and wrong.

“He has told their two children that if Katie has done something bad, she could go to prison. Kieran has always been honest with the children because he wants them to understand right and wrong,” the pal declared.

They concluded: “It has been a very stressful time for everyone involved and so now they just want a resolution.”

How many kids do Kieran and Michelle have?

Kieran and Michelle welcomed a baby of their own last year – their son Apollo was born in August.

Michelle also has a son called Valentino, who is 10, from a previous relationship.

ED! has contacted a rep for Kieran for a comment on this story.

So what do you think of our story? Head to our Facebook page @EntertainmentDailyFix and tell us your thoughts.