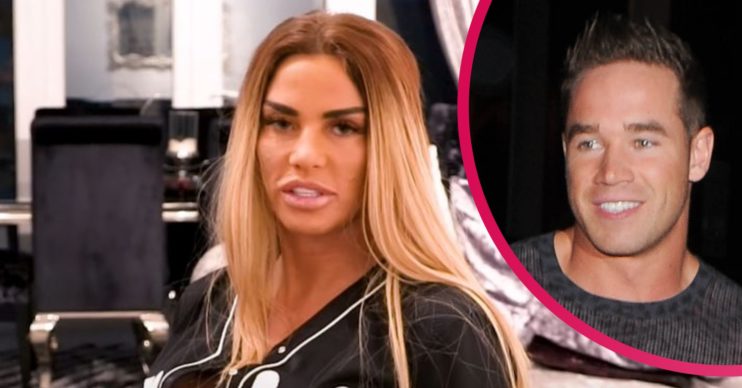 Katie Price reportedly fell out with ex Kieran Hayler this week after finding out he did a magazine photoshoot with their kids and his new fiancée.

The 42-year-old, who is currently recovering from major surgery, is said to be ‘livid’ with her 33-year-old ex after seeing the shoot in New! Magazine this week.

Speaking to The Sun, an insider said: “Katie was livid when she saw Jett and Bunny in the magazine with Kieran and Michelle.

“She accused Kieran of not telling her it was coming. They normally operate on an amicable level but Katie said she felt totally out of the loop.

“Katie is very protective over her kids and just likes to be across everything. She let rip at Kieran but after having it out they’ve drawn a line in the sand and have moved on.”

Staying friends for the kids

The source added that although Katie knows getting on with an ex is hard, the photo shoot was simply a ‘step too far’ in her eyes.

Katie and Kieran split in 2017 after she found out he was having an affair with Katie’s friend, Jane Pountney. They have both since moved on, with Katie now in a relationship with ex-Love Islander, Carl Woods.

Read more: Katie Price is struggling to sleep due to pain in her feet

The pair have remained friends though and Katie has heaped praise on Kieran’s parenting skills.

On Father’s Day, Katie posted a heartwarming message about Kieran, saying he is an “absolutely perfect dad to Jett and Bunny”.

She shared a montage video with her 2.3 million Instagram followers. It was captioned: “Happy Father’s Day to @officialkieranhayler, you are an absolutely perfect dad to Jett and Bunny!

“I couldn’t ask for a better dad for our children and you have been great doing the home schooling, while I’ve been doing Harvey’s schooling. I appreciate it, so thank you.”