Katie, 41, says 17-year-old Harvey has been on the receiving end of sick and hurtful comments online.

Things are so awful that Harvey's name was trending on Twitter on Saturday night.

Tragically, Katie initially thought it was linked to the charity T-shirts her boy had designed.

He has so far raised more than £12,000 for the NHS and Cavell Nurses' Trust with his rainbow frog tees.

But Katie tweeted: "Saw Harvey Price was trending and thought perhaps people were praising him for his great efforts in raising money for @NHSCharities & @CavellTrust. Sadly not. #HarveysLaw."

My incredible Harvey has used his drawing skills to design his own NHS Rainbow T-Shirt available now @teejunkieofficial 🌈💙⁣🐸⁣ ⁣⁣ 100% of profits from the sales of this t-shirt will be donated to NHS charities and Cavell Nurses’ Trust (@cavell_nt ), which helps working and retired nurses, midwives and healthcare assistants who are suffering personal or financial hardship.⁣⁣ ⁣⁣ Please help us raise much needed funds for the NHS and nurses charities and buy yours now from www.teejunkie.com ⁣ ⁣ 📷 @glenngratton

Katie has been campaigning the government in a bid to create a new law, called Harvey's Law, to protect people from trolling.

Harvey has been repeatedly and cruelly mocked and abused because of his disabilities.

He was born with the genetic disorder Prader-Willi syndrome, which leaves sufferers feeling constantly hungry.

A message to everyone working on the frontline from Harvey. #NHS #ThankYouNHS

As a result, people with the disorder are prone to diabetes and obesity.

Harvey, whose dad is footballer Dwight Yorke, was also diagnosed with being partially blind at just two months old and has autism.

Following her latest sad update, Katie and Harvey have been met with heaps of support by both friends, fans and professionals.

With everything going on in this crazy world right now, I just wanted to come on today to wish everybody a Happy Mother’s Day. These are very strange times and I am so thankful to be spending the day with all 5 of my wonderful children. I know many people (including myself) weren’t able to see their mums today and my thoughts are with you all. Please stay safe everyone, follow the government’s advice, #stayhome and lets #Bekind to each other. Katie x

She tweeted: "Harvey is a lovely young man and our #AntiBullying Ambassador for our #charity #giveusabreak #bullying #autism."

The charity Shais Smile added: "Makes me so angry to hear people be unkind. Katie can we send Harvey one of my daughter's @shais_smile bears. 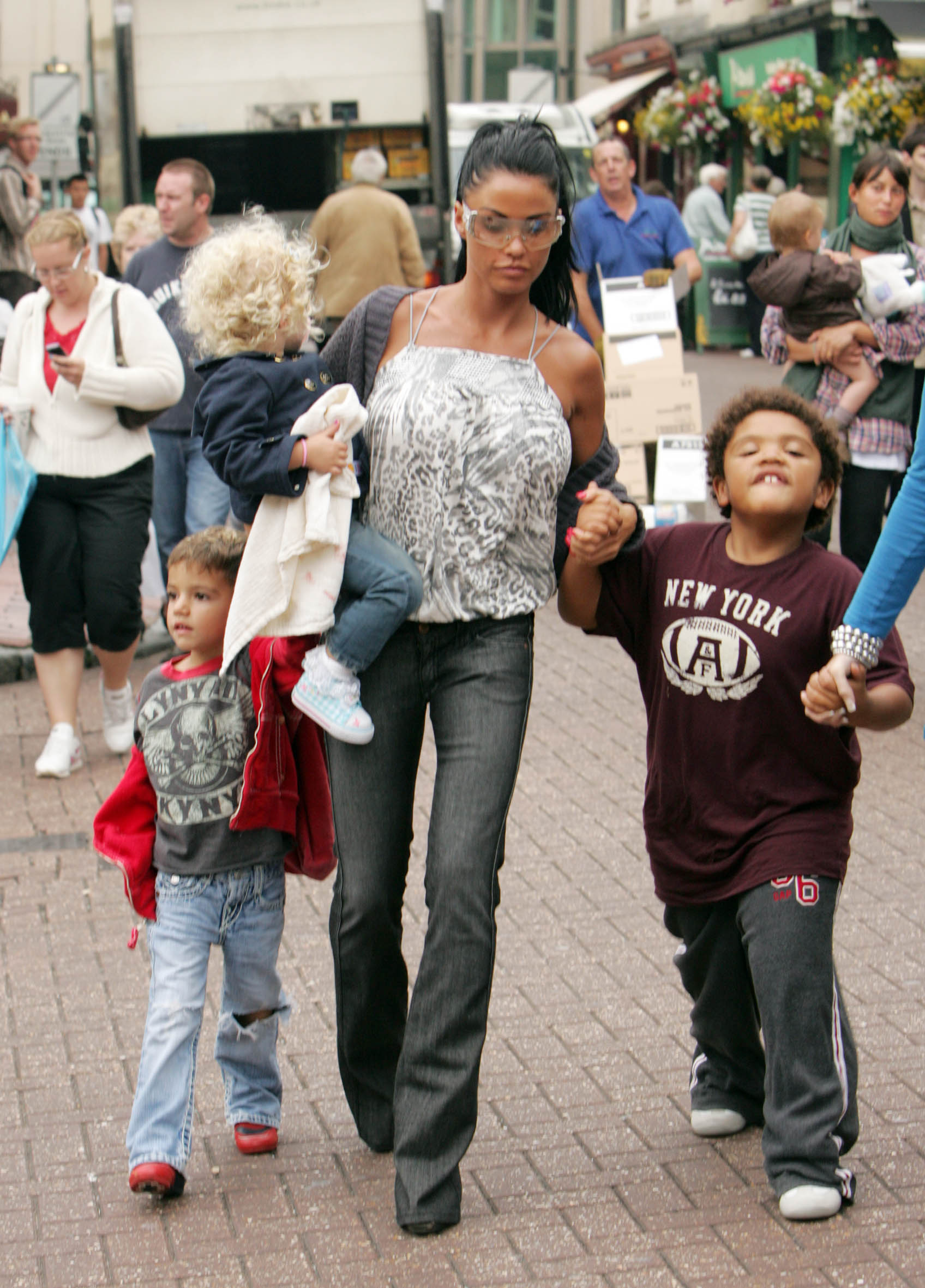 Harvey has a variety of complex medical needs (Credit: SplashNews.com)

"She sends them out to children / young adults like her who live with life long illnesses.

"I know Harvey is a bit older but she would love to send him to say well done x."

"Harvey is an awesome young dude and you are right to be so proud of him."

A huge thank you to all the health and social care staff on our front line during this pandemic. Harvey and I will be giving a huge round of applause to all of you tonight at 8PM. Please join us and clap from your windows, doors and balconies. #NHSThankyou #ClapForOurCarers #ClapForNHS #ClapOurCarers

Read more: Katie Price hits back for being 'shamed over messy garden'

In March 2017, Katie launched a petition to make online abuse an offence. This was in response to Harvey being attacked on social media.

The petition to pass Harvey's Law received 222,000 signatures in just one week.

She has since visited the Commons Petitions Committee, where she said: “Online is the future, and I just think there needs to be more security checks.”

Katie has vowed to continue campaigning until Harvey's Law is brought in to protect people from the horror her son has endured.