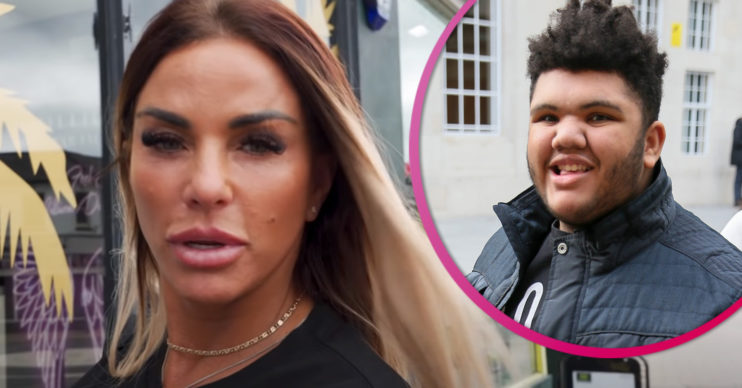 Harvey was declared unfit to travel

Katie Price has reportedly been left “heartbroken” after leaving son Harvey in the UK with his carer whilst she jets off to Turkey.

The mum-of-five is set to enjoy a family holiday with Junior, 15, Princess, 13, and new man Carl Woods.

The 18-year-old was recently released from intensive care after spending over a week in hospital with breathing problems.

While he may be on the mend, doctors have declared poor Harvey unfit to travel.

The decision is said to have left Katie “heartbroken,” but she put on a brave face for the sake of Junior and Princess.

A source told The Sun: “Harvey will stay at home with his carer and Katie will still go – she’s taking Princess and Junior and some of their friends and she didn’t want to cancel their holiday and let them down, especially as Princess’s birthday party was interrupted by Harvey going to hospital.”

Meanwhile a rep for Katie confirmed the news, saying: “As a mother of five, Katie has learned that she must divide her love five ways.

“Not any easy task, but she still remains focused on being the best mother to them all.”

Katie’s other children Jett, six, and Bunny, five, will also remain in the UK.

Reality favourite Katie previously opened up about how distressing it was to see Harvey being rushed away in hospital.

The mum-of-five explained the 18-year-old shouted “I want my mummy” as doctors took him into intensive care.

She also explained that due to coronavirus restrictions she wasn’t able to be in his hospital room with him.

Harvey – who has Prader-Willi Syndrome – is now out of hospital, with Katie revealing doctors discovered things about him that she’s not ready to discuss yet.

It’s a much-needed holiday for the TV star, who also reportedly lost new puppy Rolo in an accident.

Harvey’s carer was said to have discovered the pup dead at her home in Surrey.

An insider told The Sun: “Katie is devastated and heartbroken and had to call Princess and break the news. Everyone’s in floods of tears.”

The adorable puppy was bought for daughter Princess on her 13th birthday.

The mum-of-five previously documented picking Rolo from an estate in Liverpool, where Princess was shown several puppies.

The sad news comes months after Katie revealed a car had hit and killed her Alsatian Sparkle.