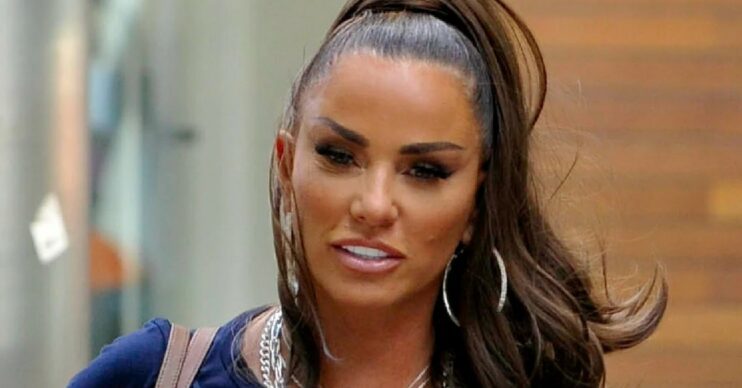 Police were called to a property in Essex

According to police, the incident took place in the early hours of Monday morning (August 23).

A man has been arrested on suspicion of assault and remains in custody, while Katie was taken to hospital to be treated.

Essex police said in a statement: “We were called by colleagues in the ambulance service to reports of an assault shortly after 1.30am this morning, Monday 23 August.

“We arrived and found a woman had sustained a facial injury which required hospital treatment.

“A man was arrested a short time later on suspicion of assault. He remains in custody.”

Meanwhile, a source close to Katie claims that the star is “utterly devastated” over the incident.

The Sun reports: “She was taken to hospital in an ambulance where she was treated for a suspected jaw fracture and split eye.”

Katie Price urged to ‘get help’ after latest surgery

The news follows shortly after Katie shared a video documenting her recent surgery.

The former glamour model flew to Turkey in June to undergo a facelift, full body liposuction and a lip lift.

She documented the entire process on her YouTube channel.

Katie later revealed she was set to charge her followers to see the uncensored version.

“I not only wanted to show the before and after but during the surgery to give more of an insight into what happens and how you recover!”

However, fans were far from impressed.

One commented: “Katie needs some help. She doesn’t need surgery, it’ll only make things worse. It’s self-harm. Well done Carl [Woods] for not going through with it.”

In addition, another said: “Hopefully this is your last procedure, the fear in Carl’s eyes bless him.”

Katie has also spent recent weeks living it up in the Caribbean.

The mum-of-five jetted on the luxury break with fiancé Carl Woods, her son Harvey and daughter Princess.