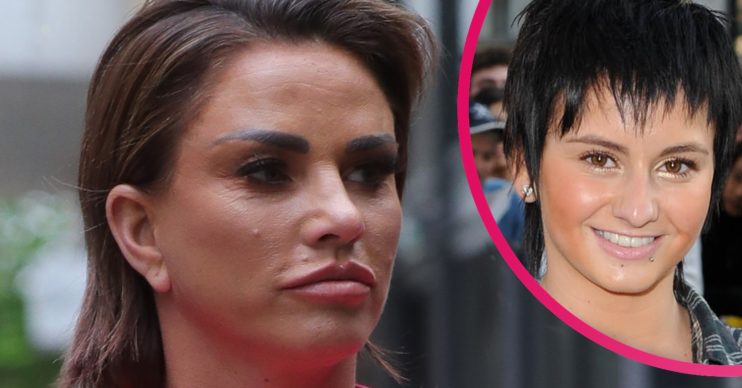 In latest Katie Price news, her younger sister Sophie has given birth to her first child.

Sophie, believed to be around 31, welcomed her newborn with partner Harry Brooks.

Taking to social media, she shared a snap of the little tot, revealing her baby’s name and gender.

She confirmed that she’s had a baby boy, and they’ve called him Albert!

What has Sophie said about her son?

Posting a heartwarming snap of the newborn’s tiny hands, she captioned the pic: “We’re finally home..Harry, me and our little Albert.”

Katie Price’s ex-husband, and father to two of her five children, Kieran Hayler was one of the first to comment.

Sophie first confirmed she was pregnant in November 2020, then revealing she was 13 weeks pregnant.

How are Katie and Sophie related?

The former Children in Need employee is also a former glamour model and half-sister to Katie, 43.

They share the same mum, Amy Price, but a different father.

In recent years Sophie has stayed out of the spotlight, but occasionally will pop up on Katie’s social media feeds.

They are both very close to their mum Amy, who is terminally ill with a lung disease.

Sophie works behind the scenes in the media and is also a Master’s graduate in History.

Meanwhile as Sophie enjoys her first few days of motherhood, big sister Katie is away in Portugal.

The model and reality television star is abroad again with her fiancé Carl Woods.

They were two of the first celebrities to jet off abroad once travel restrictions were lifted on certain countries.

And Katie also has babies on her mind as she’s said she’d love to become a mother for the sixth time.

Katie and Carl haven’t hidden the fact that they’d love to have their own child, and have both opened up about it in the media.

Katie recently told The Sun she was furious when she shared a snap of her bloated stomach – and fans immediately assumed she was pregnant.

She moaned: “That was so annoying as everyone was speculating I was pregnant but I wasn’t. I wish I was.

“I have put on loads of weight as I’m trying to eat really healthily – so I just felt like saying: ‘Bleep off!'”