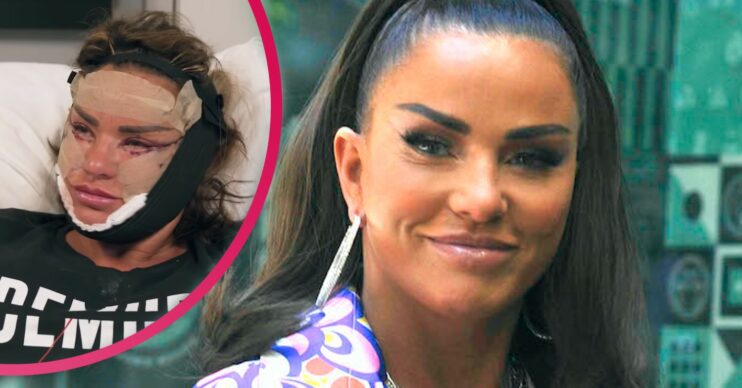 Katie Price is “planning to head to Turkey for more plastic surgery” after her latest trip there, and ahead of her sentencing for drink driving.

The 43-year-old mum-of-five has reportedly told friends that she’s not happy with her latest implants and because they make her look “too big”.

She’s due to be sentenced on December 15.

The Sun newspaper reports that she wants to remove implants in her bottom, but wants more procedures.

A source said: “Katie’s telling everyone she thinks her bum implants make her look too big and wants them out… plus more lipo.

“Everyone thinks she’s making a huge mistake – she could be sent to prison next week – but she’s in denial about how serious everything is.

“Who knows if she’ll actually go through with it, but she’s told friends she’s going.”

What did she have done the last time?

Katie only visited Turkey five months ago, where she underwent numerous cosmetic alterations.

She had full body liposuction, had lifts to her eyes and lips, as well as lipo under her chin.

Finally, she had fat injected into her bum.

However, reports suggest she wants to go back to amend these procedures.

What happened to Katie?

Katie was arrested in September after she was involved in a drink-drive car smash.

After her release, she was instructed to go to rehab centre The Priory for treatment.

While she was in there, her family released an emotional statement.

Her mum Amy said: “She could have killed herself or someone else’s child. I don’t hide from that and neither does Kate.

“My daughter is mentally unwell.

“We have no idea what the future holds but what we do know is Kate’s children will read and see every article written.”