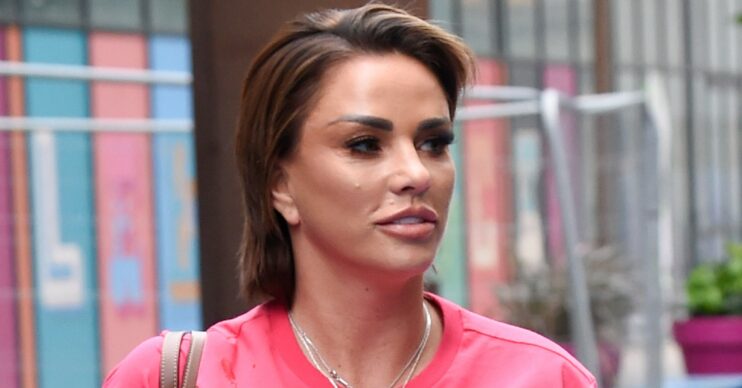 In latest news about Katie Price, the star has broken her silence after allegedly being punched in an ‘unprovoked’ assault.

The 42-year-old former glamour model was involved in the incident in the early hours of Monday (August 23).

A man has since been released on police bail.

A 32-year-old man was held on suspicion of assaulting the mum-of-five.

However, he has since been released.

An Essex Police spokesperson confirmed: “A 32-year-old man arrested on suspicion of assault, theft and coercive and controlling behaviour has been released on bail until September 20.”

It followed shortly after Katie opened up on the incident.

In her first interview, the mum-of-five revealed how she fled to son Harvey’s home following the “unprovoked” attack.

She told The Sun: “I’ve got a big bruise, my face is all puffy, and I went to hospital. I’m still all dazed.

Katie added: “I ran away after being punched – I ran to Harvey’s house nearby and have now done damage to my feet.”

Following the incident, Katie also released photos of herself showing signs of injury.

I ran away after being punched

The model has a bruised face and a suspected fractured jaw.

Essex Police confirmed that a woman had been taken to hospital after sustaining a facial injury.

They also revealed an arrest had been made.