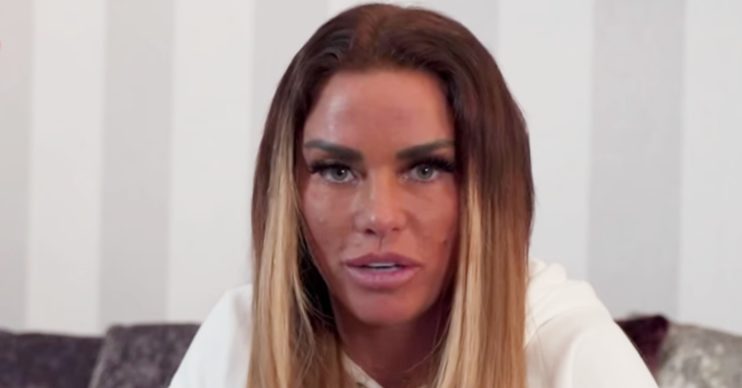 She reportedly starts filming next month

Katie Price has reportedly landed a new three-part documentary series as she trains to become a voluntary first responder.

It is believed the 42-year-old former glamour model will be followed by cameras as she learns the ropes of a VFR.

During the show, Katie will take part in a six-day crash course and complete a series of training sessions.

While Katie won’t become an official paramedic, she will be allowed on some emergency incidents.

These won’t include maternity, paediatrics under eight years old and mental health calls.

Read more: Katie Price and son Harvey show off his house as he prepares to live alone in college

A source told The Sun: “Katie will learn all the real-life skills she needs and they won’t go easy on her because she’s a celebrity.”

It is believed the reality star will begin filming “next month”.

Meanwhile, Katie’s rep told the publication: “Katie has made no secret of her dreams of becoming a paramedic.

“It is true these dreams are set to become a reality as we are engaged in talks to film Katie’s own documentary following her training and on the frontline as she responds to emergency calls.”

Katie has made no secret of her dreams of becoming a paramedic.

It is not known when the series will air.

What else has Katie Price been lined up for?

Since then, the star has been lined up for a second instalment with disabled son Harvey.

The follow-up will reportedly give viewers insight as the teenager heads off for residential college.

Speaking to The Sun, a source claimed: “Katie has agreed to a second instalment, which will follow Harvey’s journey as he starts residential college. They’re already in talks about what they’ll film and plan to start in summer.”

Katie’s rep also revealed she is “confident” a second episode is on the cards.

Meanwhile, Katie is also in talks to appear as a “regular roving reporter” on Steph’s Packed Lunch.

The mum-of-five previously appeared on the Channel 4 show in January.

However, it isn’t all good news for Katie.

Earlier this week, the star announced she has been declared disabled since breaking both of her feet.

The reality star revealed how she is still coming to terms with the “life-changing” news.

She explained: “I’ve got a limp when I walk now as one leg is longer than the other because of all the metal in the foot – I waddle like a duck. It does make me feel a bit paranoid.”