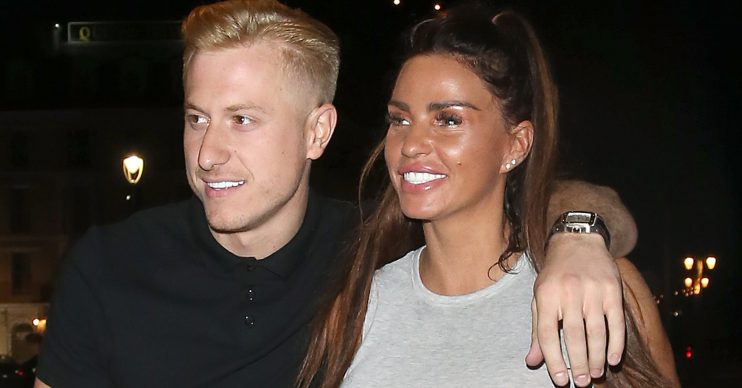 She hasn't had all of her stuff back post-split

The model – who has flown back from her New Year trip to Thailand with son Harvey – is furious that she hasn’t got all of her stuff back from Kris.

Items missing include make-up, designer clothing and her underwear.

Katie is now said to be wondering what Kris is doing with her possessions and has joked that he is “wearing her knickers”.

She is even said to be worried that he might sell them on eBay.

She’s joking she has no idea what he wants with it – saying: ‘He’s either wearing my knickers or selling everything on eBay.’

A source told The Sun: “Katie’s fuming as she still hasn’t got all of her stuff back off Kris. She claims he’s still got a load of make-up, a Kenzo jumper, some shoes, designer tops and her underwear.”

They added: “She’s joking she has no idea what he wants with it – saying: ‘He’s either wearing my knickers or selling everything on eBay.’ She’s sure he’s keeping her stuff out of spite.”

Read more: Patsy Palmer in talks to appear in her own reality TV show

Katie apparently sent a friend over to collect her belongings, but has noticed “a few things are missing”.

The source added: “She’s telling friends he wouldn’t be the first ex to sell her old stuff on eBay and she’s keeping an eye out.”

The pair initially split in August after Katie is said to have cheated on him with toyboy Charles Drury.

He later rated her a “one out of ten” in bed.

Katie and Kris reunited only to split again just days after she was declared bankrupt in November.