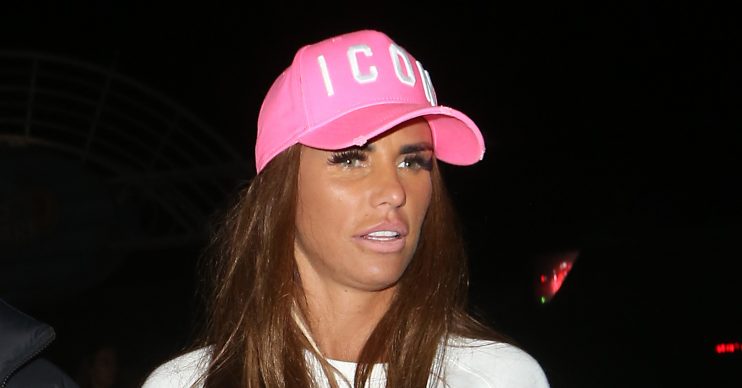 Her love life is a roller coaster!

But Katie Price‘s love life is still displaying all the twists and turns of one of the park’s roller coasters.

Katie and Kris – who were engaged – are said to be “officially” back together after she was seen leaving his house after staying the night.

However, that hasn’t stopped the mum-of-five from texting toyboy builder Charle Drury, who had moved into her Sussex mansion.

Kris is now apparently in the process of moving back in, but after Charles allegedly refused to sign a NDA, banning him from spilling her secrets, Katie got back in touch with him.

Read more: Louis Walsh claims he only left The X Factor because Simon Cowell paid him to

A source told The Sun: “Katie and Charles are still texting, even though he knows she’s back on with Kris.”

They added that Charles “still thinks that there could be hope for them down the line and she’ll dump Kris again – but who knows?”

Katie is also said to be planning on taking Kris away for his birthday.

It comes after his disastrous birthday celebrations last year, which saw Katie crash her car before being arrested on suspicion of drink-driving.

Keen to make amends for that and the recent break-up, Katie is said to want to spoil Kris with a “romantic break”.

The source added: “She wants to spend some quality time with him, given how last year’s birthday celebrations turned out, so has decided to take him away last-minute for a romantic break.”

Whether he’ll still want to go when he discovers she’s texting Charles is another thing altogether.

Katie dumped Kris by text from her holiday in Turkey, after pictures of her with Charles were published in the papers.