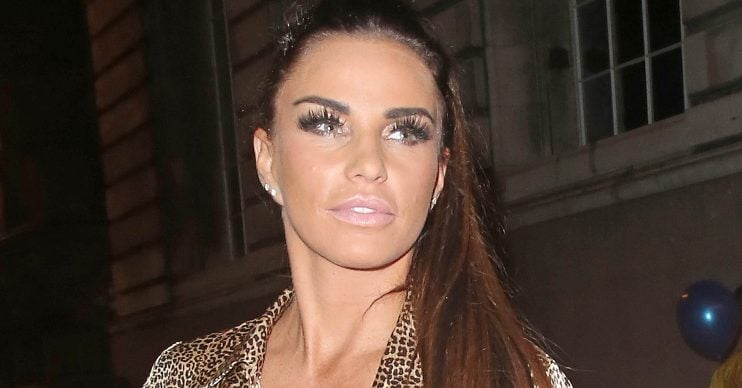 It's said she wants to trade Kris for a younger model

Model Katie Price has reportedly joked that she’s using her latest gig to get herself a new man.

The mum-of-five, 41, is being brought in as a judge to find a new stripper to join the famous Dreamboys troupe.

But she is said to have told pals that the winner of the competition will also get the chance to take her on a date.

A source quoted by The Sun said the star keeps saying she’s thinking of trading in her on/off fiancé Kris Boyson for a “younger model” – and she can’t resist “flirting with younger men”.

They told the publication: “Katie keeps telling friends she might trade Kris in for a younger model and loves a bloke with a good body.

“She’s joking that whoever wins the show also wins the chance to take her out. It’s a joke, but it could happen – she can’t resist flirting with younger men.”

It could happen – she can’t resist flirting with younger men.

Ahead of her Dreamboys judging role, Katie has reportedly flown to New York amid claims she’s looking to move to the US and restart her career.

The reality star is believed to have jetted to the Big Apple with Kris and is hoping to persuade him that America is where their futures lie.

What’s more, it’s reported that she wants to take her My Crazy Life show Stateside, in a bid to appeal to fans of the Real Housewives series.

In a chat with The Sun, a source claimed Katie thinks America has never “seen anything like her before” and believes she could do really well across the Atlantic.

They also said Katie “needs a fresh start in the New Year” and is sure that she and Kris could have “an amazing life” together in the States.

The source continued: “Katie and Kris needed to get away from the house, which is a building site and be able to spend some time together. Katie has certainly been making a fuss of Kris and they’ve put the romance back in their relationship.”

It follows reports the couple had split up shortly after she was declared bankrupt.