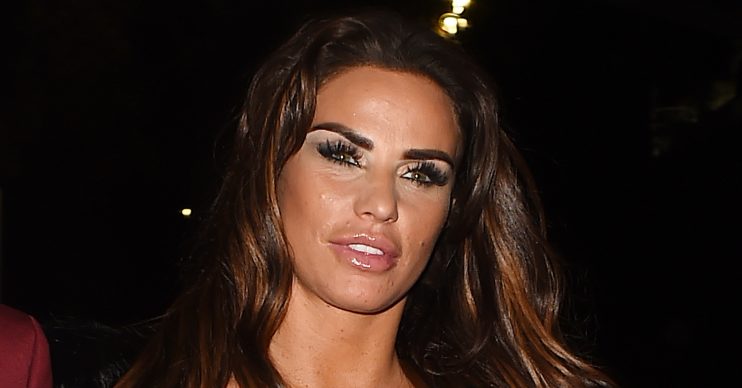 Time to face the music

After reportedly ending their engagement to start a new romance with a builder, Katie Price is flying home from Turkey for a “showdown” with her ex Kris Boyson.

Katie reportedly ended her relationship with Kris via text message after pictures of her on holiday with new man Charlie Drury emerged.

Now it has been reported that Katie is all set to face Kris, who was recently seen throwing her possessions out of his home in bin bags.

A source told The Sun that Kris has “demanded” that Katie meets him when she arrives back in the country.

Katie flew out to Turkey – where she was thought to be getting her most recent surgery fixed – with eldest son Harvey.

It’s reported she flew Charlie out to join them.

The source added that Kris feels meeting up is “the least she owes him after the public humiliation”.

Read more: Fans thrilled to have Holly and Phil back hosting This Morning

They said: “He needs to collect stuff from her house and give her things back and he’s planning to have it out with her.”

Adding that Kris clearing has unanswered questions, the source continued: “He doesn’t understand why she’s mugged him off so badly and wants answers.”

It’s thought that Katie and Charlie – who is also an amateur footballer – met on social media, with the star following Charlie because she thought he was “hot”.

Katie and Kris have been dating for well over a year, following her split from husband Kieran Hayler.

She is mum to five kids – Harvey, Princess and Junior with Peter Andre, and Bunny and Jett with Kieran.

Katie was also forced to deny rumours that she had texted her ex Gareth Gates and drunk dialled him at 4.30am. She famously took the former Pop Idol star’s virginity 17 years ago.