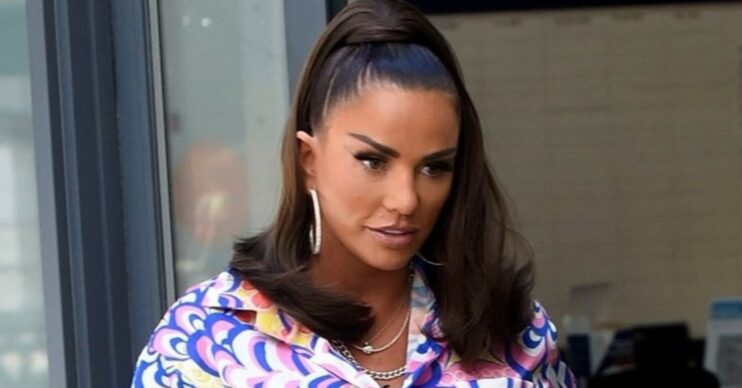 The 43-year-old feels "natural and happy"

Katie Price has taken to Instagram to share a bare-faced selfie in the wake of her reported split from fiancé Carl Woods, whom she had been with for nearly two years.

Fans flocked to praise the 43-year-old for her appearance, as she shared the photo of herself posing in a car yesterday morning, unfiltered and sun-kissed.

One fan commented “Love the natural look,” whilst another stated: “This is probably the nicest photo I’ve seen of you.”

Meanwhile, Katie’s sister Sophie also left a comment of encouragement by posting a red love heart emoji under the post.

Katie’s picture emerges just days after reports claim she ‘cheated’ on Carl Woods with another man following their alleged break up.

An insider told The Sun: “Carl was furious and was accusing Katie of all kinds of things.”

Before the star’s relationship drama broke out, her plans to tie the knot later this year coincided with Carl and her trying for a child, saying they would use IVF.

Katie Price and Carl Woods first met in June 2020, according to reports.

The couple were linked through mutual friends.

Before we knew it, Carl had proposed to Katie in April 2021 just 10 months after the loved-up pair first got together.

Move forward to recently, the pair had attended Colchester Magistrates’ Court following an incident which involved Katie in August 2021.

A photograph of him and his dog Syd was shared by Carl with the caption: “This is what loyalty looks like.”

He soon removed photos of himself and Katie from his profile, as news claimed that the couple had broken up.

A source told The Sun: “Katie and Carl have decided to split up.”

According to reports, Carl was the one to end the engagement.