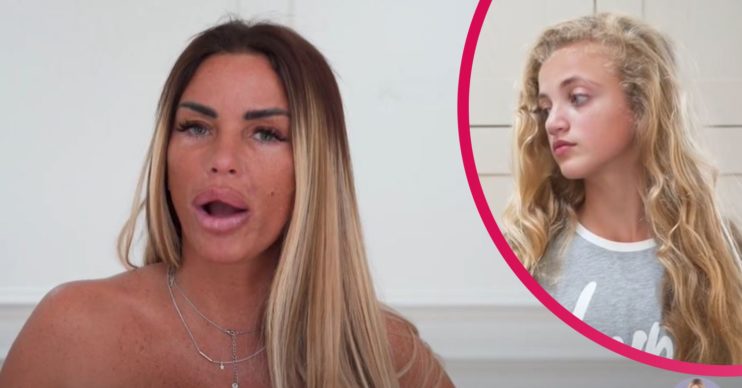 It happened at a theme park

Katie Price has reportedly broken both of her feet in a freak accident on holiday.

According to reports, the mum of five won’t be able to walk for months after sustaining an injury on her trip to Turkey.

What injury does Katie Price have?

The Sun reported that the former glamour model rushed to A&E after the freak accident and is now preparing to fly home for an emergency operation.

According to the newspaper, which shared a picture of Katie’s feet in plaster casts, the incident happened at a theme part.

Katie is understood to have fractured the balls of her feet when she jumped off a wall.

Doctors are warning she might not be walking for between three and six months – but potentially longer – and requires pins in her feet to help them heal.

It follows enviable snaps she shared from the holiday, in which she is joined by her new boyfriend, Carl Woods, and her children Junior and Princess Andre.

Only recently, the reality TV star showed off her bikini body on holiday with her new boyfriend and her children.

One of the pictures she posted to Instagram yesterday (Wednesday, July 29), showed her lounging in a bikini with her brood and new man.

Fans gushed over the photo, calling them a “beautiful” family.

It follows reports that Katie felt heartbroken when her son Harvey, 18, couldn’t fly to Turkey with them.

Read more: Katie Price and new boyfriend Carl Woods ‘set for his and hers teeth in Turkey’

However, Katie recently said she’s planning on taking Harvey away as soon as she can.