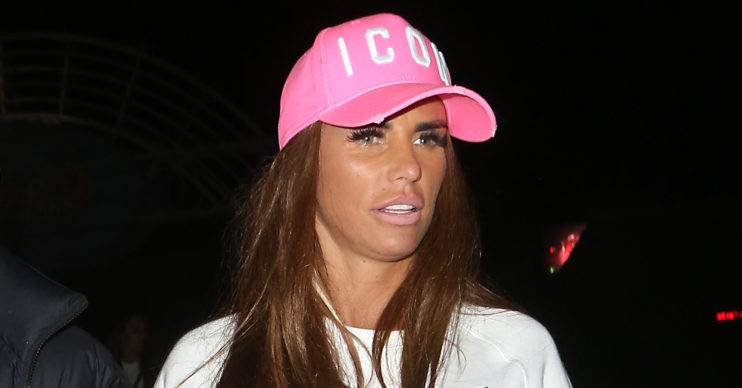 Katie Price hits back at troll who branded her ‘selfish’

Former glamour model Katie Price has taken a swipe at an online troll because they accused her of being ‘selfish’.

The mum-of-five, 41, hit back at a Twitter user who criticised her for promoting her upcoming television series.

Katie is about to star in Celebrity SAS: Who Dares Wins on Channel 4.

She took to Twitter to promote the show, which premieres on Monday, April 20 at 9pm.

Addressing her some 1.9 million followers she tweeted a video teaser to the upcoming competition show.

One user clearly took offence to the promotion and in a now-deleted tweet posted: “Oh god here we go, there’s a world crisis going on with hundreds of thousands dying, but Katie Price thinks life is all about her! Selfish [bleep].”

Katie was clearly irritated by the claims and subsequently hit back vehemently. She argued that television was an excellent way to encourage people to stay at home.

She therefore replied: “I’m sorry Anna for being so selfish and encouraging people to #stayhome and watch a tv show that provides some light relief from everything going on.”

And it seems like Katie’s army of loyal fans very much have her back.

I’m sorry Anna for being so selfish and encouraging people to #stayhome and watch a tv show that provides some light relief from everything going on. 💕 https://t.co/oBxE4nqq6D

Dozens replied to her comeback, with many praising her words.

One wrote: “I think encouraging people to stay home and watch a program or anything else that keeps people safe at home is honourable.”

Another replied: “We all gotta stay home anyway and you encouraging is to do so is a good thing and you pointing out a show to watch is a good thing because are bored watching the same things over and over!”

And a third tweeted: “Omg really?! I agree with Katie. While we’re having to stay indoors, we could all do with something worth watching on TV. Hope you did well Katie btw xx.”

Katie will compete against other celebrities as they undergo extreme physical challenges.

It has been reported that Katie dropped out of competition after just 48 hours. She allegedly cited it was because of health issues, including recent breast reduction surgery.

Will you be tuning in to Celebrity SAS? Let us know on our Facebook page @EntertainmentDailyFix.