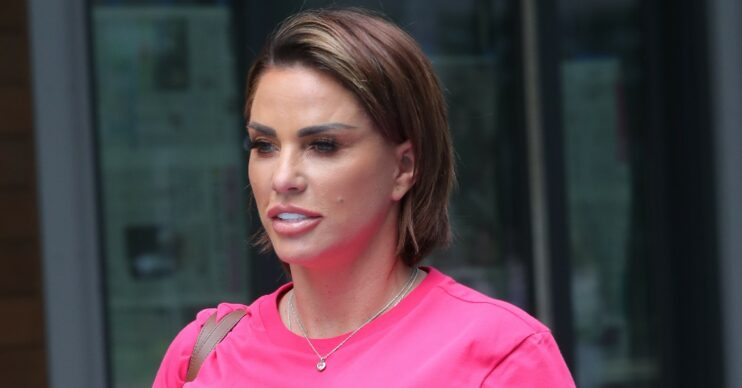 Katie is due in court next week

Katie Price has insisted she IS taking her drink-driving sentencing seriously following her car crash.

In September, mum-of-five Katie was arrested after being involved in a drink-drive car crash.

She later checked herself into rehab facility, The Priory, and will appear in court on December 15 for sentencing.

Reports had claimed that Katie had told friends that she was adamant she would avoid prison following the collision.

A source allegedly told The Sun: “She is happily planning Christmas. All of her plans for next year are intact. Some of those close to her are worried she is in denial about the situation she is in.”

However, in a statement shared to her Instagram Stories on Saturday, Katie insisted she was taking the situation seriously.

She said: “It seems that at the moment the media won’t leave me alone and are trying to portray that I’m not taking this situation seriously.

“Well I’m here to confirm that I definitely am and I don’t appreciate what seems to be the media’s attempt at goading the judge into giving me a custodal sentence.”

At the time of Katie’s crash, her family released a statement saying they were concerned about her “wellbeing and overall mental health”.

It continued: “We hope that she will realise that she cannot battle her issues alone.

“…so that she can hopefully return to the Kate we know and love as a mother, daughter and sister.”

Katie is due in court on December 15.