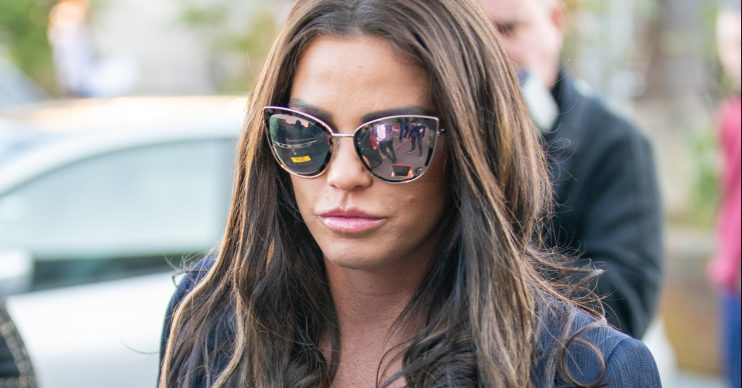 She also received a fine

The mum of five, 41, was slapped with the ban for refusing to tell police who was behind the wheel when her £130,000 Range Rover was involved in a crash in October 2018.

According to The Sun, the reality star didn’t show up for sentencing at Bexley Magistrates Court, where district judge Robert Hunter handed her the ban along with six points on her licence and a fine of £440.

Katie, who already had six penalty points from other driving offences, had previously pleaded guilty to failing to inform cops who drove her bright pink car when it crashed, the newspaper reported.

It follows a previous driving ban handed to the former I’m A Celebrity contestant earlier this year.

In February, Katie was found guilty of being in charge of a vehicle while drunk.

Judge Nigel Dean banned her from driving for three months and gave her a fine of £1,500, after she was caught nearly twice the legal limit while in charge of the motor vehicle.

Upon hearing the decision, the ex glamour model reportedly punched the air and said, according to the Evening Standard: “Brilliant, I thought I was about to get two years.”

That case saw police describe finding the reality star “very drunk” and “in a slumped position” in the back of her vomit-covered car in 2018.

It’s been a tough few months for Katie, who is said to have split from fiancé Kris Boyson.

In the summer, the star was understood to have dumped the personal trainer for toyboy builder Charles Drury.

The pair are now believed to be back together, although a source quoted by The Sun claimed it’s not all over between Katie and Charles.

The paper reported that Kris is in the process of moving back into her Sussex mansion, but when Charles allegedly refused to sign a non-disclosure agreement that would ban him from spilling her secrets, Katie was forced to get back in touch with him.