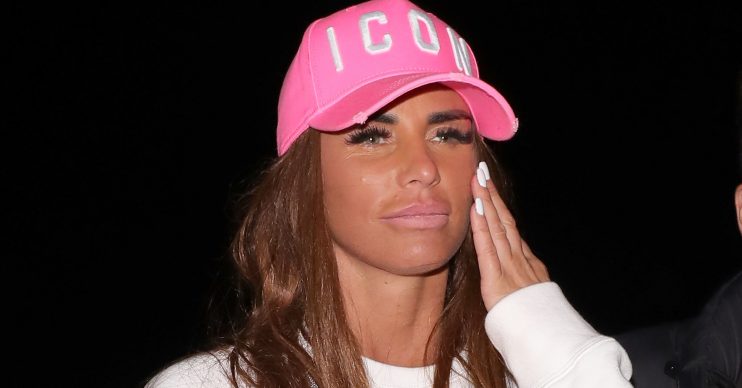 If you thought that was the end of it when Katie Price split with Kris Boyston late last year, you were wrong.

The model took to Instagram in a series of posts – subsequently deleted – which appeared to suggest she’d like to take him back, but doesn’t want to chase him.

In a surefire sign that she was thinking about her past love, Katie posted the kind of quotes which people do when they are missing someone special.

If you hesitate between me and another person, don’t choose me.

Read more: Katie Price hasn’t seen son Junior for four weeks because she’s been ‘so busy with work and holidays’

Katie, 41, had been on her way home from a Liverpool make-up masterclass when she posted the messages. Although she deleted the cryptic quotes, an image from the masterclass can still be found on her Instagram page.

The next quote she reportedly posted read: “I’m not saying I don’t want you because, believe me, I do. I’m just not going to chase after you.” Hear that, Kris?

Then she launched into a final set of messaging. She wrote: “Do not chase people. Work hard and be you. The right people who belong in your life will come find you and stay. Do your thing.” That was followed by a final statement, which read: “If you hesitate between me and another person, don’t choose me.”

Read more: Sweary Katie Price jokes she ‘needs to be a lesbian after getting messed about by men’

She must have thought better of it afterwards, because Katie deleted the messages later on.

Personal trainer Kris, 29, parted ways with Katie in December. It had been revealed in October that Katie had a fling with a builder, Charles Drury, while in Turkey.

After a troubled year in 2019 which saw her declare bankruptcy, Katie is clearly hoping for better times ahead.

Does Katie Price have a chance at getting back with Kris, or should she move on? Leave your comments on our Facebook page @EntertainmentDailyfix and let us know what you think.