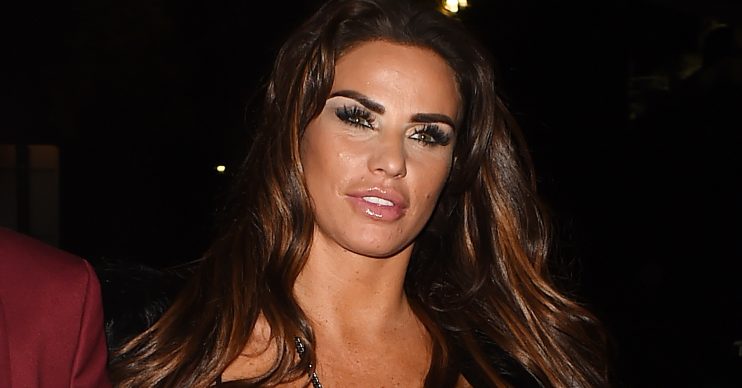 Katie Price has reportedly signed up for Celebrity SAS: Who Dares Wins

Katie's desperately trying to get fit for the show.

Katie Price is reportedly in talks for Celebrity SAS: Who Dares Wins.

The former glamour model and reality star is set to leave on Thursday (17.10.19) to film the gruelling Channel 4 show – which raises money for Stand Up To Cancer – as famous faces get military training from hard man Ant Middleton.

Repost • @jeffbrazier I arrived in Chile for #saswhodareswins focussed on doing well. I wanted to support the group, cope with the physical demands and prove to myself that all the shit I’ve been through will have resulted in a mental resilience that would help me on the course. I felt apprehensive about the helicopter jump and the boxing as anyone would but was surprised by how brave my mind was allowing me to be. We always need to exercise some doubt about the information we give ourselves about our limitations because more often than not, we’re just keeping ourselves safe. Here’s to embracing danger and uncertainty 🚁🥊🤷🏼‍♂️💥… #headfirst #boxing #dayone #beasting #fearless #doubt #strength #standuptocancer

Read More: Fans beg Katie Price to stop having surgery as she compares face to 2015

An insider told The Sun Online: “Kate has been teasing fans about a secret project she’s been training for. She’s not supposed to tell anyone but as ever Pricey finds it hard to keep her mouth shut.

“She’s signed up to do the next series of Celebrity SAS on Channel 4 and she’s desperately trying to get fit for it.

“Katie might be a reality telly veteran – but there’s no tougher show on TV. Last series recruits had to fight each other, climb mountains – and get chased through the countryside – and that’s just the physical side.”

The 41-year-old star will also have to be prepared for the emotional drain of the show, as contestants will have to “open up” to the former SAS man and the rest of the team.

I’ve got five weeks to go until this particular thing I’m training for. Even reading the test makes me feel sick.

The source added: “Contestants also have to open up about their lives to Ant Middleton and the team. Almost everyone broke down in tears at one point.

“So Katie is determined to be ready and has been having workout sessions with her trainer Jack, who helped her get fit for her marathon attempts.”

Read More: Katie Price claims Rebekah Vardy ‘must be guilty’ as she sides with Coleen Rooney

Katie has been teasing a secret project online as followers were left guessing what exactly she was working on.

She coyly said in a YouTube video: “I’ve got five weeks to go until this particular thing I’m training for. Even reading the test makes me feel sick.”