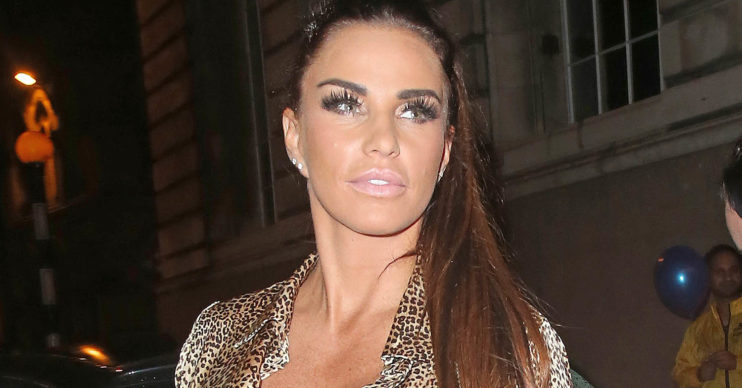 Has she found love again?

Al, 23, who is also a personal trainer, has been staying with Katie during lockdown.

Reports have claimed a romance could be blossoming between the pair.

However, a rep for Katie said the claims are “misleading”.

Sharing the Surrey mansion with Katie and Al is her son Harvey, who is 17.

Her other children are with their two other fathers.

Nearby, Peter Andre is looking after Princess, 12, and Junior, who is 14.

It’s Thursday, so let’s show our appreciation and respect for all the incredible key workers keeping our country going. Join the nation at 8PM and give a huge round of applause from your windows, doors and balconies. #ClapForOurCarers #NHSThankyou #ClapOurCarers

Meanwhile, her ex Kieran Hayler is on dad duty for their two children, Jett, six, and Bunny, five.

It is fair to say Katie has had a tumultuous year.

Katie thinks that Al is amazing.

She has faced bankruptcy and had a stint in the Priory.

So it’s no surprise that the source told Heatworld: “Katie thinks that Al is amazing and has been gushing about him to anyone who’ll listen.”

While noting that the pair are “just friends” right now, the source suggests that could change very soon.

The insider added that “he treats her how she feels she deserves to be treated and he’s very good with Harvey”.

Al has been joining Harvey and Katie for exercises near their home.

Other than that, she insists they are isolating in different parts of the house.

A new relationship would be a chance for Katie to have a fresh start after her split from Kris Boyson in December.

But Katie Price’s representative told Mirror Online: “Katie is and remains single – Al is a friend helping out in lockdown.

“Source speculation about a relationship is misleading.”

Do you think that romance is in the air? Go to our Facebook page @EntertainmentDailyfix and leave a comment to let us know.