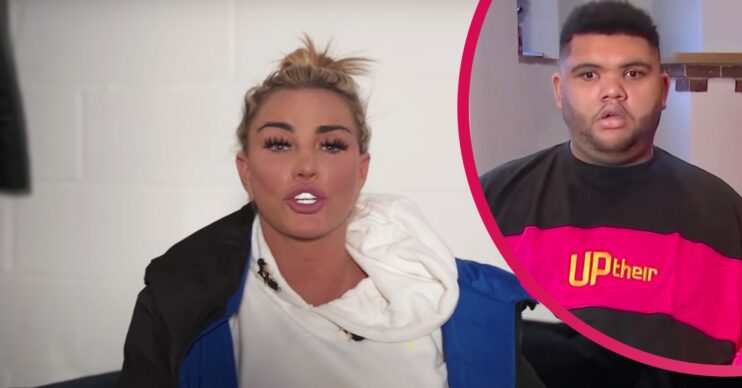 Katie Price has been defended by fans after trolls accused her of ‘not giving Harvey privacy’ following her latest Instagram video.

The 43-year-old uploaded a video of her son, Harvey, sleeping, and some of her followers aren’t happy.

The 43-year-old came under fire from cruel trolls yesterday (Tuesday, March 29) after uploading a video of her son, Harvey.

In a short video for her 2.7 million followers to see, Katie is in a bed.

As the former model pans the camera around the semi-darkened room, she reveals a sleeping Harvey next to her.

Read more: Kerry Katona risks fall out with Katie Price as she takes swipe at her appearance

“When my gorgeous boy @officialmrharveyprice is with me he never leaves my side,” Katie captioned the heartwarming video.

The video has since received over 7,000 likes and has been viewed over 180,000 times since it was uploaded.

It’s picked up plenty of comments too, but not all of them are good.

A number of cruel trolls took to the comment section of Katie’s post to slam the star.

Some accused Katie of not giving her son any privacy after she filmed him sleeping.

“Does the poor man never get any privacy?” one of her followers asked.

“Bloody hell. Let him sleep? How about not invading his privacy,” another said.

However, the majority of Katie’s followers leaped to her defence, slamming the trolls back.

“#Katieprice don’t mind the haters do what you [are] doing love, you’re such an inspiration love to #Harvey he’s a star,” one of her followers said.

“Katie keep doing what you do best,” another wrote.

“Ignore the trolls. Everyone can see just how much you love Harvey,” a third said.

“Wow.. what a bunch of bitchy trolls! None of us are perfect, but it’s very clear to me that they have a special bond,” another said.