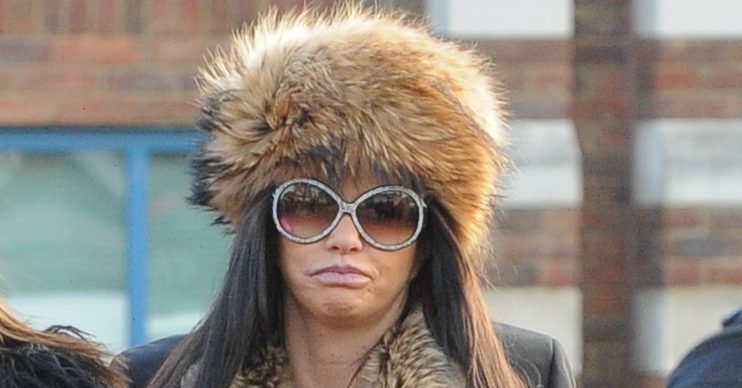 She's kept one of Sparkle's puppies!

After being made bankrupt earlier this week, model Katie Price has hit the headlines again.

The mum-of-five has given a home to her third dog – despite the fact she has been telling friends that she could be “homeless by Christmas”.

Katie’s dog Sparkle gave birth to a litter of puppies in September and she has been selling the dogs for a reported £2k each.

However, it appears Katie – who may be forced to sell her “mucky” West Sussex mansion – has fallen for one of the pups.

A source told The Sun: “Even though she doesn’t know where she’s going to live and is totally skint, Katie’s decided to keep one of Sparkle’s puppies – so now she has three dogs, plus the hedgehog, a cat that wees everywhere and the horses.”

Now she has three dogs, plus the hedgehog, a cat that wees everywhere and the horses.

The star – who is mum to Harvey, Junior, Princess, Jett and Bunny – is currently thought to be looking for somewhere to rent.

Monday morning run with my 🐶🏃🏽‍♀️

The source added: “Everyone’s despairing – how will she find anywhere to rent with a zoo of animals?”

However, Katie was apparently “determined” to have a new puppy, who she has called King.

The source revealed: “She keeps joking she craves babies or puppies.”

It’s been a rough week for Katie, after another split from Kris Boyston – who she was then reported to be back with.

Her toyboy ex Charles Drury has also apparently threatened to sue the star if she makes derogatory comments about him in the new series of he reality TV show My Crazy Life.