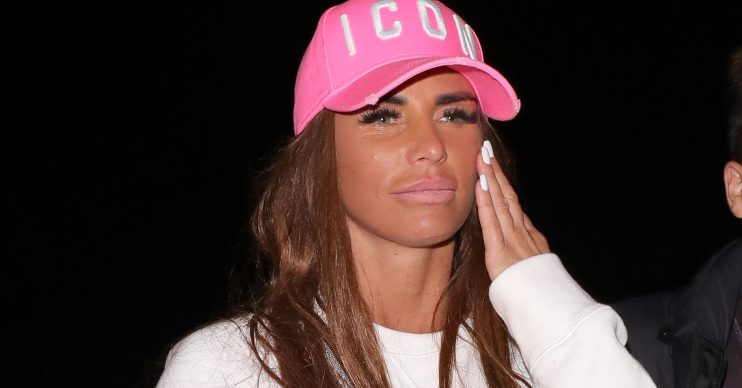 Selling off two of the three

Katie Price has been forced to sell the engagement rings from her relationship with Peter Andre after she was declared bankrupt, reports have claimed.

Katie, 41, has been struggling with finances recently.

Now the mum-of-five has decided to pawn off the rings in a bid to raise cash.

The Sun reports that Katie received three engagement rings from Pete, 46, after he first popped the question in 2004.

The publication quotes a source who said: “Katie’s got three engagement rings from Peter – she wants to keep the first one for Princess but the other two ‘upgrades’ she’s willing to sell.

She says they’re worth nothing to her anymore and she wants a fresh start.

“She says they’re worth nothing to her anymore and she wants a fresh start.

“She’s not sure if she’ll sell them in a private auction or a public sale but she wants to sell them to the highest bidder and cash in.”

Katie and Pete first met on I’m A Celebrity in 2004, and got married a year later.

After having two children together, they split in 2009.

Hi guys, I've been filming a BBC Lifeline appeal for an amazing charity called #dianaaward which helps young people with its anti-bullying and anti-knife crime work with schools. The wonderful Princess Diana was very passionate about the project. This charity is close to my heart. Along with many others I have experienced horrific bullying and know how traumatic it can be. I¹d love you to join me in supporting the cause by tuning in to the appeal on Sunday 20th October, BBC1 at 14:05. THANK YOU! #antibullyingpro #stopbullying @sussexroyal @kensingtonroyal

Elsewhere, another report claimed that Pete feels ‘sorry’ for his ex-wife during her financial battle.

A source claimed that he reportedly phoned her up and,  ‘promised to help pay for their children’.