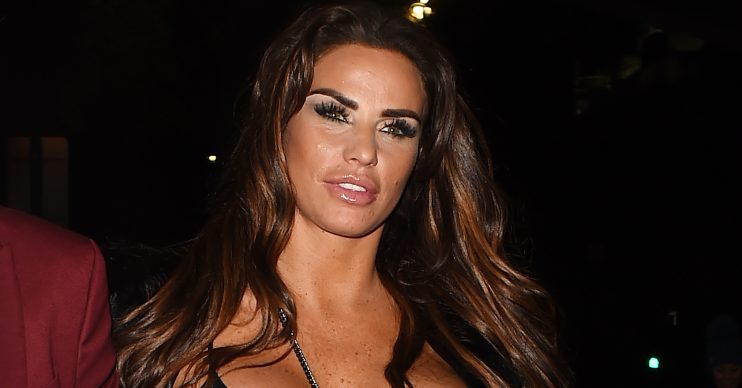 Incident happened after she tried to use someone else's perfume

Model Katie Price has reportedly been involved in a bust up in the toilets at a “boozy” Christmas party.

Katie is said to have been “rude and disrespectful” after trying to use a stranger’s perfume.

The mum-of-five was partying with pals in Bradford when the incident is said to have happened.

She is said to have had to be “pulled away” by security after the row, which sources said was started by a fellow party-goer.

During the argument, bankrupt Katie is also said to have bragged that she has “loads of money”.

An onlooker told The Sun: “My friend started on Katie by calling her rude and saying that she was disrespectful.”

They added: “The row lasted about five minutes before the bouncer and her friend intervened and Katie was pulled away.”

Katie was also allegedly heard telling people at her hotel that her financial problems were “all made up”.

The star is now said to be doing personal appearances in clubs up and down the UK to cash in ahead of Christmas.

The row lasted about five minutes before the bouncer and her friend intervened and Katie was pulled away.

Ent Daily has contacted Katie’s reps for a comment about this story.

This week it was revealed that Katie has lost her “mucky mansion” after signing it over to trustees as part of her bankruptcy order.

Her ex-husband Peter Andre also called her when the news broke to offer his sympathies.