A couple of weeks ago, we reported that Katie Price had made her fans' day by posting a lovely video of her son Harvey to her Instagram page.

Well, the mum-of-five is at it again! This time, she's shared a clip of 16-year-old Harvey – whose father is former footballer Dwight Yorke – doing the washing up.

In the background, Katie's boyfriend Kris Boyson can be heard offering words of encouragement.

And it's provoked a similar response from her followers, with Harvey being described as "sweet" and "amazing", and another fan praising the "connection" the boy has with Kris.

The short clip shows Harvey at the kitchen sink, gently scrubbing some cutlery.

Kris' voice can be heard asking: "Harv, what are you doing?"

I'm so proud of him, and @krisboyson so good with him.

When Kris perseveres with his enquiries, it transpires that Harvey has been cutting up some banana.

Katie has captioned the video, which has so far been watched over 437,000 times: "Love each day Harvey's really trying to be independent. I'm so proud of him, and @krisboyson so good with him." 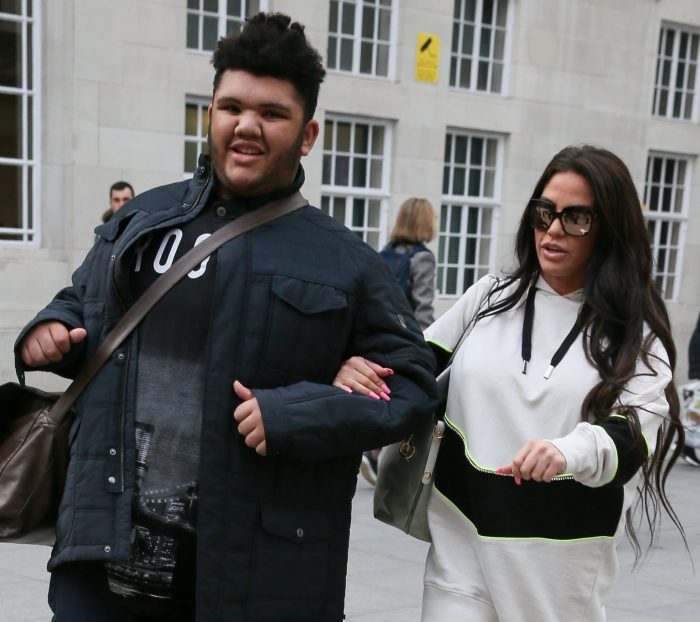 Katie is so proud of her eldest child (Credit: SplashNews.com)

And if the comments in her inbox are anything to go by, the clip has made Katie's fans go all weak at the knees again.

One wrote about Harvey: "He's so sweet! I bet you're so proud."

And a third fan hailed the relationship Katie's fella has with her son, saying: "Kris is amazing with Harvey – can really see the connection they have together."

A source told the paper: "Kris was mortified when he saw the pictures of Katie at the event, and on Friday he decided he had enough. They had a furious row about it all, and Kris called her tramp and told her she had embarrassed him beyond all belief."

Well, judging by Katie's new video, everything is fine between the couple now!

Got something to say about this story? Leave us a comment on our Facebook page @EntertainmentDailyFix and let us know what you think!