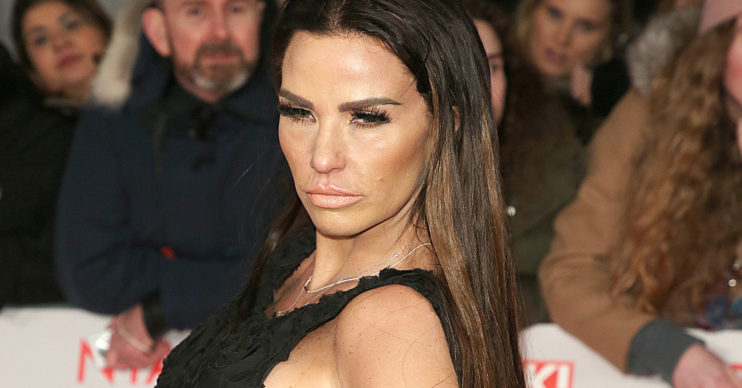 The sibling duo showed off their impressive dance moves

Katie Price has shared a sweet video of her children Harvey and Princess dancing together.

The mum-of-five melted the hearts of fans as she took to Instagram to post the clip, which shows the pair busting a move in the kitchen.

In the clip, Harvey, 18, and Princess, 12, shimmy forward and clap whilst recreating a viral TikTok video.

Katie, 42, also shared a separate video of Harvey dancing on his own and captioned the shot: “Harvey so cute.”

Fans rushed to comment on the post, with one writing: “Aww bless u can see she loves her big brother lots.”

Another commented: “So cute well done Harvey 💙 and Princess 💖.”

Katie and Harvey are currently isolating with a friend, while Princess and brother Junior, 14, are predominately living with their dad Peter Andre.

Meanwhile, her younger children Jett, six, and Bunny, five, are staying with ex Kieran Hayler during the pandemic.

It appears Harvey and Princess aren’t the only ones likely to bust a move in the Pricey household.

In fact, Katie’s sweet post comes days after it was revealed the reality star could appear on Strictly Come Dancing.

The 42-year-old has said for years that she would love to compete on the BBC dance show.

A source told The Sun Online: “It’s really early days but she’s in talks with bosses. She always jokes she’s got two left feet but she would love to do it.”

Katie’s representative said that she is “open to negotiation,” adding: “Katie is absolutely open to Strictly talks, showing off her fancy footwork with a sassy Pricey Tango.”