Former glamour model Katie Price has stoked rumours her engagement with Kris Boyson is back on after sharing a new photo on social media.

The mum-of-five, 41, took to Instagram to upload a pic of her hand and show off her new nail art.

But some of her followers noticed that in the pic, part of what appears to be an engagement ring can be seen on Katie's ring finger.

One asked: "Is that an engagement ring @officialkatieprice?"

Another said: "I spy the engagement ring is back on."

Someone else speculated: "[I] take it this is just to show us you have an engagement ring on? Lol." 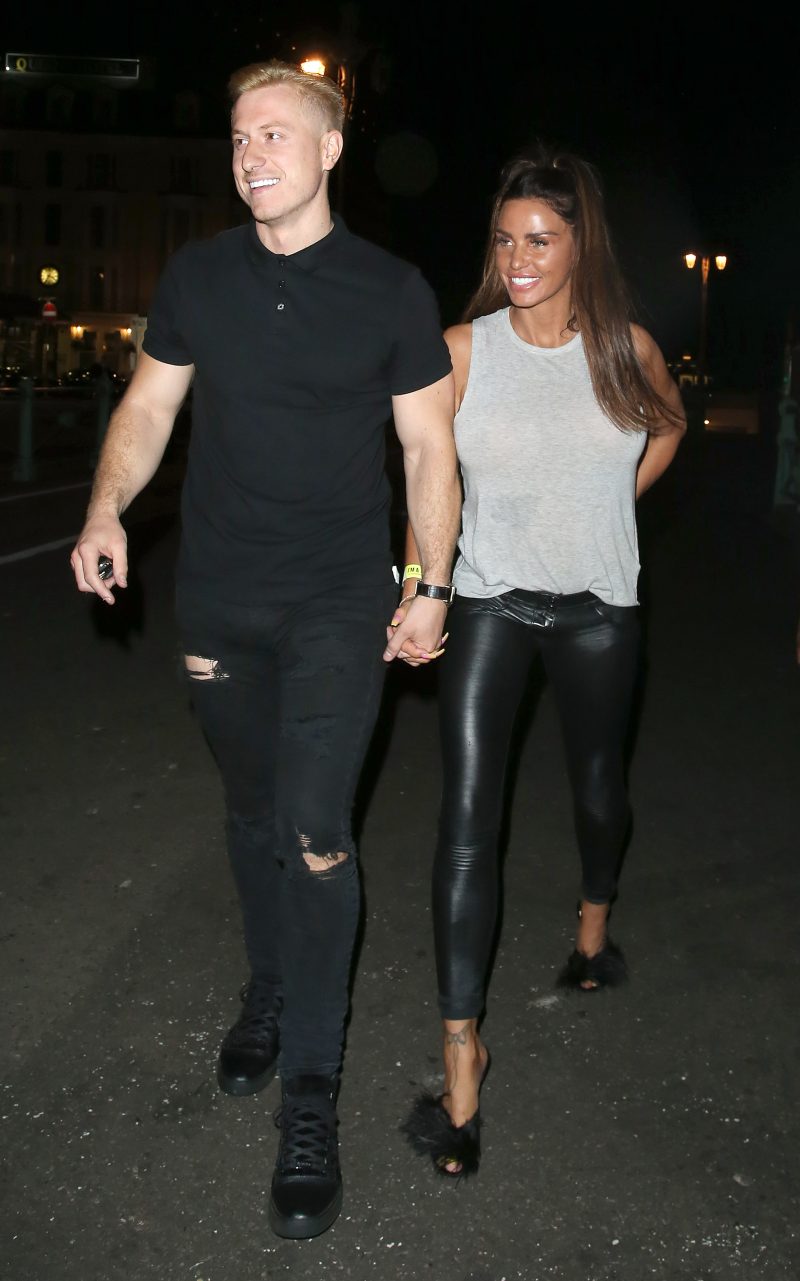 Is their engagement back on? (Credit: CRYSTAL PIX / SplashNews.com)

Earlier this year, Katie showed off her engagement ring during an appearance on Loose Women and spoke about her relationship with Kris Boyson.

She told the panellists, as she flashed her hand for them to see: "Kris bought the ring for that finger. So there you go. Got luck in my life."

But the pair were reported to have broken up just a few months later, with Katie dumping her former fiancé in favour of a new toyboy.

I spy the engagement ring is back on.

She is believed to have ended their engagement via text message and started dating builder Charlie Drury.

But that romance is now well and truly off, as the builder and aspiring model cruelly told The Sun he would rate Katie a one out of 10 in bed.

He revealed, in a chat with the publication: "For any lad it's like a dream come true, but it wasn't anything to brag about to my mates.

"For any lad it's like a dream come true, but it wasn't anything to brag about to my mates. I thought it was going to be better than what I expected. I was disappointed. The whole expectation of her being Katie Price – this glamour model – you're thinking it's going to be amazing but then it's an anti-climax."

Charles continued: "I can't say zero, can I? I'd give her a one out of ten. She was a bit lazy, but then suddenly she would surprise you and jump on top."

Katie ignored his comments when she broke her silence on social media with a proud snap of her four youngest children.

Do you think Katie's engagement with Kris is back on? Leave us a comment on our Facebook page @EntertainmentDailyFix and let us know.