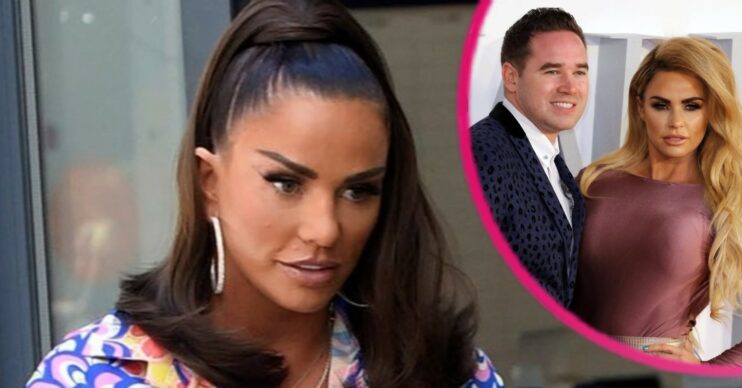 The 43-year-old reality star flew to Turkey in June to undergo a facelift, full body liposuction and a lip lift.

Now, her ex-husband has spoken out about the impact Katie‘s surgeries has on their kids.

What did Kieran Hayler say?

Speaking about her surgery, Kieran admitted the youngsters find it “hard” to watch their mum recover.

However, Kieran also acknowledged how common surgery is nowadays.

According to the MailOnline, he said: “Is there a too far because surgery has become such a common thing for young women and men, I know men that regularly get Botox, but I don’t.”

Kieran added: “The hardest thing is Jett and Bunny, and obviously Princess and Junior have to see her after the surgery, which isn’t the nicest process.

“It’s scary because when you put your body under that much strain, you’re going under anaesthetic, things go wrong and you must think of your kids sometimes.”

The arrival of the divorce means Katie is now a free agent and able to tie the knot with boyfriend Carl Woods.

Kieran has also moved on with fiancée Michelle Penticost.

Read more: Katie Price fires back at Ulrika Jonsson after being branded ‘fame-hungry’ over surgery

The star’s rep confirmed to The Sun: “This is correct. Katie believed the divorce had been finalised but this was in fact the decree nisi – not the absolute.

“The divorce was amicable – focus being on positive parenting relations for their children. Katie looks forward to planning her wonderful wedding to Carl Woods as she’s now officially single to proceed.”

What work has Katie Price had done?

As mentioned, Katie recently underwent a facelift, body liposuction and a lip lift, while in Turkey.

She spoke about the discussion during a recent interview on Good Morning Britain.

Katie explained: “It’s like a car – you have an MOT. If you get a scratch or a dent, you fix it, and that’s how I feel with my body.

“I’m not trying to look younger and I definitely don’t want that alien look – when people go over the top and look like freaks.”

The former model added: “Having surgery isn’t fun and games, it is painful and it’s irreversible.”

Her appearance divided viewers, with Ulrika Jonsson claiming she was “horrified by the images.”