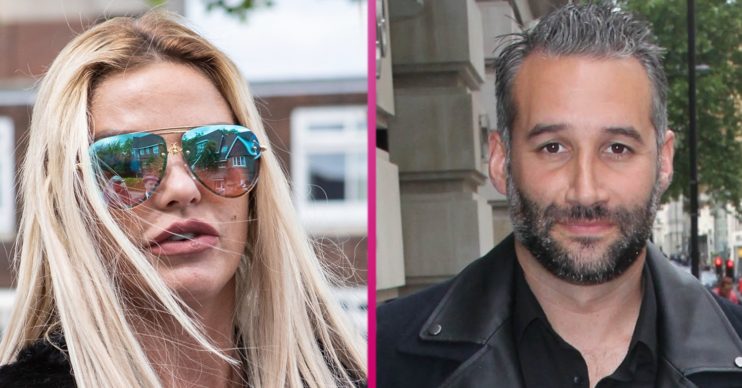 Katie Price has surprised her ex Dane Bowers for joking about their sex tape.

The former Another Level singer, 40, says he is surprised Katie, 42, is still mentioning their now infamous tape.

The pair dated on and off for two and a half years after meeting at a movie after-party in 1999.

A sex tape of the couple ended up leaking online, in which Katie was six months pregnant.

She brought up the years old tape on Celebrity Big Brother’s Bit on the Side in 2017.

Read more: Katie Price hits out at trolls who think ‘she’s slept around’

And further stunned when Katie admitted: “I haven’t, I was six months pregnant with a swollen clitoris…”

She went on to brag about the tape’s surprising toe sex act during a G-A-Y performance in London last year.

She also mocked the size of Dane’s penis.

She then added: “It’s an old truth, Dane [bleeped} me when I was six months pregnant with his [bleeping] toe, big [bleeping] deal.”

And let’s just say Dane is less than impressed.

Speaking to The Mirror, he said he’s surprised Katie is still mentioning him at all.

Dane said: “I don’t really read anything about her. I think loads has gone on with her in the past few years.

“The tape is not something I really think about it and I’m surprised she would say anything about it.”

Dane says he is now dating a woman in Dubai, but that it is still early days.

He is now part of a band with other former 1990s music stars.

As for Katie, she is now with new love Carl Woods, a former Love Island contestant.

The mum-of-five is recovering from her extensive foot surgery.

But this isn’t stopping her from still having a good time.

She is planning to make her red carpet debut with Carl tonight at a London night club anniversary celebration.

Carl will reportedly escort her via her hot pink wheelchair.