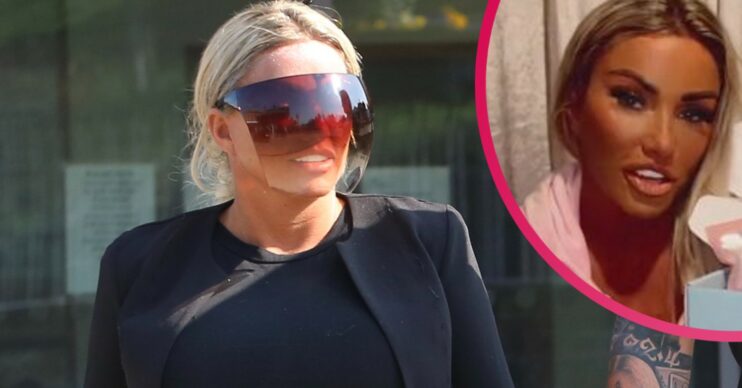 The former Loose Women star shared some posts on Instagram

Katie Price has fuelled speculation on Instagram that her engagement is on the rocks.

The former Loose Women star shared some snaps and videos on Instagram on Friday evening, and some appeared to show her without her engagement ring.

However, the sparkly ring was later seen in other snaps.

His 229,000 followers were quick to notice and speculated that something was wrong between the pair.

“You seem to have removed quite a lot of photos from your holiday and other photos with Katie,” queried one.

Another added: “Wow have you taken all the photos of Katie off?”

“Hi Carl why are there no photos of Katie on your Instagram? Have you guys split up? ” a third also asked.

Carl’s behaviour on social media has left many fans questioning if anything is happening behind the scenes.

Read more: Kieran Hayler hopes justice ‘will be served’ and has told kids ‘mum might go to jail’

Earlier this week, he shared a snap of himself with his beloved pet pooch, Sid, telling his followers: “Loyalty looks like this.”

Numerous fans commented, with many labelling the caption “cryptic”.

“Dogs are more loyal than women. Sid is lovely,” said one.

“Very cryptic,” said another. “Hope you are putting yourself first and getting rid of the dead weight.”

It’s been a tough week for Carl, who appeared at Colchester Magistrates’ Court earlier in the day on Tuesday.

Carl is accused of using “threatening and abusive” language towards another person, with the intention to “make them believe immediate violence would be used towards them”.

The former Love Island star pleaded “not guilty” in court. The case was adjourned for trial, in June at Chelmsford Magistrates. He was placed on unconditional bail.

Meanwhile, Katie is also facing a prison term. She was charged with harassment after allegedly sending a message to ex-husband Kieran Hayler’s fiancée Michelle Penticost.

Carl could get up to six months in jail, while Katie could be handed a five-year sentence.