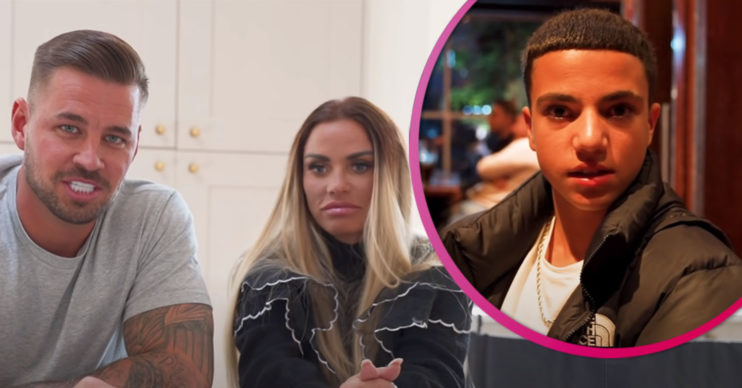 Katie and Carl's romance has finally taken the next big step!

Katie Price is engaged to her beau Carl Woods after he asked her son Junior for permission to propose.

Former Love Island star Carl got down on one knee and popped the question to Katie, who said yes.

However, before proposing, Carl wanted approval from her 15-year-old son Junior.

Katie told OK! Magazine: “We’d spoken about it a lot, so I knew he was going to, I just didn’t know when.

“It was amazing. Carl asked my mum and dad for permission – and Junior!

“It’s refreshing to be with a man that if I decided I never wanted to work again, he’d look after me. I just love him.”

Katie and Carl’s relationship has gone from strength to strength over the last year.

A source told The Sun: “Katie is madly in love with Carl and excited to take the next step in their relationship.

“But — ever the businesswoman — she knows this is also an opportunity to pick up an easy pay cheque. Katie won’t confirm the news until the cash is in the bank.

“Katie has been down this road many times before but she has no reservations about taking the plunge with Carl.”

Has Katie been engaged before?

Katie has been engaged a reported seven times before and married three times.

She first married Peter Andre from 2005 to 2009 and they share two children – Junior and Princess – together.

Her third marriage was to Kieran Hayler, but they split in 2018.

Katie then got engaged to Kris Boyson in 2019 before calling off the engagement.

The star met Carl last year and it seems it wasn’t long before she realised he was the one.

The couple have spoken about tying the knot and having a baby together.

Leave your congratulatory messages for Katie and Carl on our Facebook page @EntertainmentDailyFix!