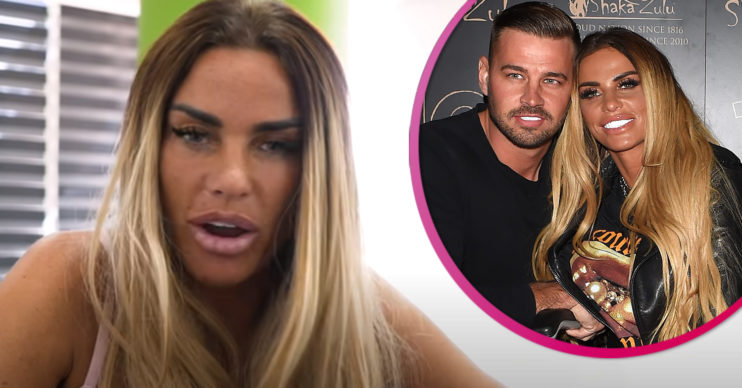 The couple have been dating a few months and seem to be getting stronger by the day.

Katie, who has called Carl “the one”, told fans she has been having meetings for “exciting” future plans.

The star shared a photo of herself looking very glam while holding a planner.

Speaking about their TV show plans, Katie said: “Had a great day of filming and meetings.

“Exciting future and exciting TV show with @carljwoods and our YouTube channel starting end of this week wooo follow our @adventuresofkatieandcarl.”

Many fans were thrilled at the idea of a show featuring Katie and Carl.

One person commented: “Omg so exciting.”

Another wrote: “Aw how exciting. Can’t wait to hear more about the new TV show.”

However, others weren’t so keen with one person saying: “Not another drama and another man.”

Another added: “Here we go again ‘The adventures of my 10th fella and I.'”

One said: “Katie you are fab but don’t put your relationship on the TV hun.”

Meanwhile, one person defended Katie and her new romance.

They wrote: “Still cannot get my head around why some people follow you just to make horrible comments.

“Just goes to show how sad their lives are, be kind or unfollow it’s not hard no room for haters.”

On Thursday night, Katie and Carl made their red carpet debut at celebrity hotspot Shaka Zulu.

Katie looked glamorous in her wheelchair after breaking both her feet while Carl posed alongside her.

The mum-of-five called Carl her “forever” as they cuddled up for a sweet selfie on Instagram.

Katie recently underwent a six-hour operation on her feet after breaking them on holiday in Turkey with Carl and her kids.

Would you watch Katie and Carl’s show?  Leave us a comment on our Facebook page @EntertainmentDailyFix and let us know.