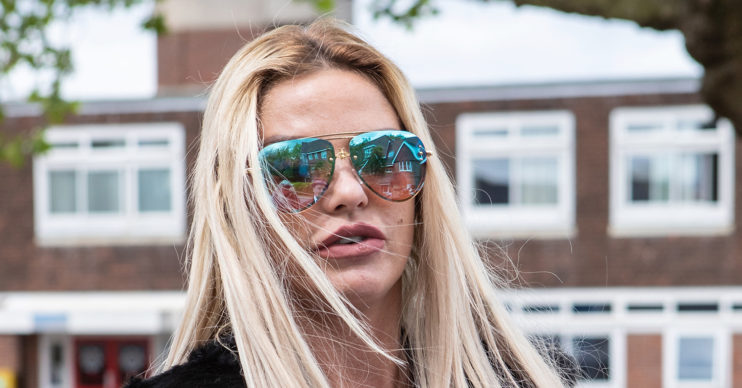 Katie Price has spent the weekend away with her mum Amy and sister Sophie.

This  comes just days after she announced she was taking a break from social media to rest.

Katie, 42, had shared on Instagram that she has been advised to thoroughly rest following her foot surgery.

But it looks like Katie has taken a little trip to West Sussex over the Bank Holiday weekend.

Sophie, 30, shared several updates from their trip away. including a selfie with her mum and older sister.

Read more: Katie Price at ‘war’ with neighbours over ‘noise and rubbish’

She also posted a picture of her posing outside of the country club The Kennels.

And finally a video of mum Amy dancing around in her pyjamas.

It looks like the family rented a cottage for a quick getaway.

Amy, 65, is suffering from idiopathic pulmonary fibrosis. Diagnosed in 2017, she was given a five-year prognosis.

During lockdown Katie was unable to see her mum for months but finally reunited in June.

Katie announced on Friday that she would be off social media for the foreseeable future.

She shared to her 2.3 million followers: “Katie is taking some time out of the media spotlight.

“Her family and doctors have told Katie that she must rest in order to heal.

Katie’s feet could take up to two years to heal

She broke both of her feet while on holiday in Turkey.

She’s since undergone six-hour surgery and has been ordered to rest for months as they heal.

On a recent YouTube video a doctor warned her that she has “life-changing” injuries.

She said it may take up to six months until she can walk again, and a total of two years until she is fully recovered.

Katie added from her hospital bed: “I’ve got these massive scars on my feet.

“Do I care? No, because now I can start walking again.”

A rep told The Daily Star Katie needs time to rest: “Katie has been through a lot over the past few weeks that would push anyone to their limit.

“She’s decided to take a step back and focus on herself for a bit – right now she’s burned out and needs much needed rest and recuperation.”

She is now getting around on a specially commissioned bright prink Swarovski encrusted wheelchair.