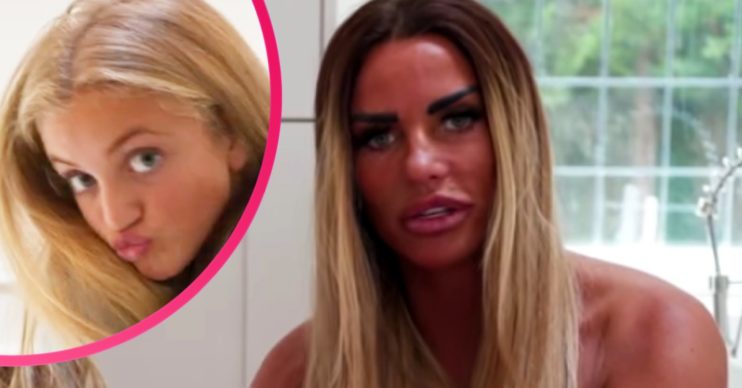 Katie Price has angered Instagram trolls with a new picture of daughter Princess, and her fans have rushed to defend her.

The former glamour model, 42, is known for not being shy about showing off her family on social media.

In her latest post, she was joined by her 13-year-old daughter and they pouted for the camera in an adorable selfie.

They wore matching rainbow T-shirts, which Katie encouraged her followers to check out online.

However, it wasn’t long being the trolls began to comment.

“Stop the pouting!” replied one follower.

Others echoed that, claiming it was inappropriate for someone as young as Princess to be pouting for pictures.

Thankfully, some of Katie’s fans were quick to jump to the star’s defence.

“There are lots of mums and daughters that love to pose, just having fun. Lighten up, there are worse things to worry about!” said one fan.

A second said: “Give the woman a break! Jealousy is a terrible thing…”

A third demanded: “Why can’t people just be kind?”

Katie’s rep told ED: “Trolls will soon be a thing of the past, Track a Troll, Katie’s petition, is going from strength to strength, gathering parliamentary momentum.

“Katie thanks her supporters for being real, ‘Teenagers all over the world can carry on pouting’.”

During an appearance on Steph’s Packed Lunch this week (March 24), Katie finally broke her silence about rumours she’s pregnant.

Host Steph McGovern asked the model about the picture she shared to Instagram recently, showing her holding her stomach, and asked her about the rumours.

Katie replied: “I’ve put on weight. Anyone can speculate what they like. Pictures can be deceiving in lots of different ways.”