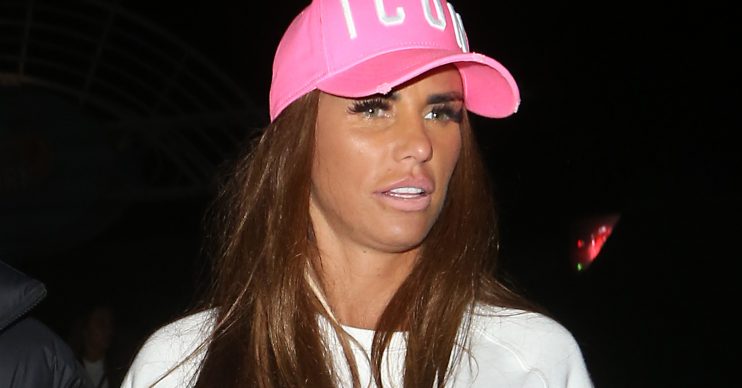 It's had its ups and downs

Model Katie Price is reportedly looking back on 2019 as her ‘annus horribilis’ after comparing herself to the Queen.

The mum-of-five, 41, is said to have told pals that the past 12 months have been a “nightmare” – and she now knows “how the Queen felt”.

According to The Sun, Katie told her friends: “It’s been crap. I have had nightmare after nightmare. I know how the Queen felt now.”

The newspaper reported that the comment could be a reference to Queen Elizabeth II’s now infamous speech in 1992 – a year she said was her “annus Horribilis”.

I know how the Queen felt now.

Her Majesty said at the time: “1992 is not a year on which I shall look back with undiluted pleasure. In the words of one of my more sympathetic correspondents, it has turned out to be an ‘annus horribilis’. I suspect that I am not alone in thinking it so.”

It was the year that her eldest son and heir to the throne, Charles, split with Princess Diana.

He later admitted in an interview with presenter Jonathan Dimbleby that he had committed adultery.

Speaking about Katie’s woes, a source told The Sun: “Katie has had a really tough. She’s had all the problems with money; she’s been in court over her driving ban and she’s has all the drama with Charles.

“When she looks back on the year he’s the biggest regret. She rues ever going anywhere near the bloke and she is glad to have seen the back of him.

“Things are up in the air with Kris. But Katie isn’t losing any sleep over it. What will be will be.”

Read more: Katie Price teases fans with “shock” news that has made her smile

While 1992 might have been Her Majesty’s worst year, 2019 brought its own troubles for the Royal family.

At the beginning of the year, the Queen’s husband Price Philip was involved in a crash with another car and embroiled in controversy over their response to the accident – although the person behind the wheel of the other vehicle was later banned from driving.

And just recently, right before Christmas, the 98-year-old had royal fans worried when he was admitted to hospital for several days.

But in one of the biggest scandals to rock the family in decades, Prince Andrew was forced to step away from royal duties over his relationship with billionaire paedophile Jeffrey Epstein.